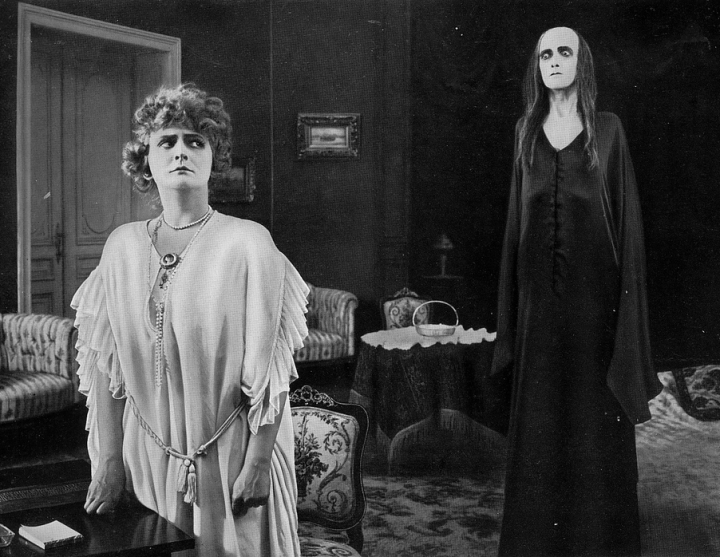 The Austrian-born Joe May, né Joseph Otto Mandel, was one of the pioneers of German cinema. He got started at Continental-Kunstfilm in Berlin, and later formed his own production company, Stuart Webbs-Film. His film career was briefly interrupted by WWI service.

By the time he collaborated with Lang, he’d founded another production company, May-Film. Sadly, his daughter Eva committed suicide in 1924, aged only 22.

In 1933, he and his wife escaped to the U.S., and he established himself as a B-movie director.

Unfortunately, at the present time, the only widely-available version of this film is cut down to 39 minutes (out of 80 minutes total), so I won’t be able to provide a complete review based entirely on my own impressions. I’ll do my best to fill in the blanks with the full synopses I’ve read, and drawing on the knowledge that Lang revisited the premise in 1921’s Der Müde Tod.

Not only is the publicly-available version so truncated, but it also has no intertitles. It’s very hard to figure out who’s who and what’s going on.

Sadly, Georg John was deported to the Łódź Ghetto in autumn 1941, and died there on 18 November, aged 62. 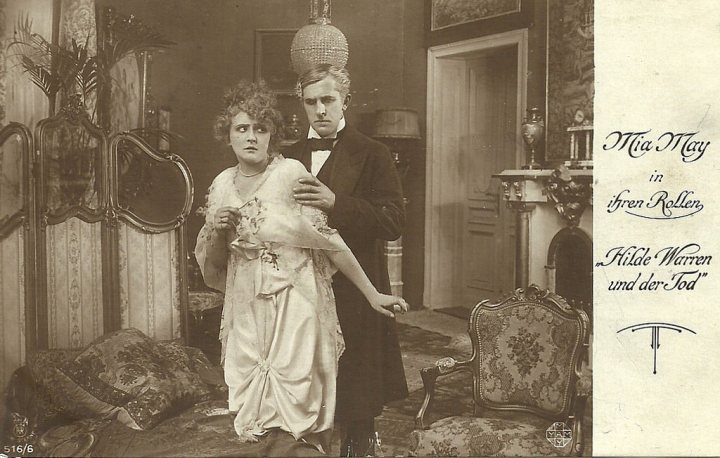 During rehearsals for The Master of Palmyra, Hilde Warren, a famous stage actor, gets involved in a conversation about Death. She tells her director Wengraf she doesn’t understand how anyone could lead her to Death before her time.

Wengraf is in love with Hilde, but she rejects all his attempts at wooing her. She’s not going to give up a successful career to get married and have kids.

Death appears and tries to tempt her, but Hilde refuses. 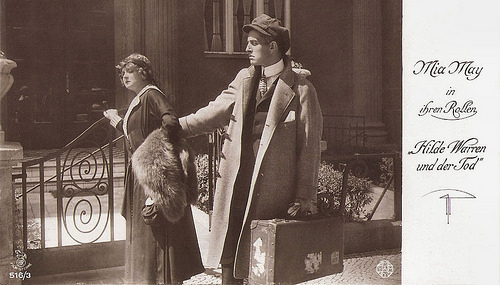 Hilde eventually marries Hector Roger, an elegant but wanted criminal. She has no idea what kind of double life he’s leading. When the cops try to arrest him, he shoots at them, and is killed in the resulting skirmish.

As her son Egon grows up, he’s pulled to the dark side like his father. Meanwhile, Wengraf is still in love with Hilde, but he gives her an impossible condition for marriage—abandon her child.

Death appears a third time, but Hilde once again refuses.

Egon gets more and more out of control, in spite of Hilde trying to reform him. She blames herself for his criminal lifestyle.

The next time Egon begs for money, after almost ruining her financially, Hilde stands her ground, orders him to get out, and threatens him with a revolver. She fights back when Egon attacks her, with shocking results.

When Death appears again, will she finally accept his offer?