Welcome back to Weekend Writing Warriors and Snippet Sunday, weekly Sunday hops where writers share 8–10 sentences from a book or WIP. This week’s snippet comes right after last week’s, when visiting infant nurse Svetlana asked Ivan if she could feed Pomeranian Kroshka some meat. The Konevs live across the hall from Mr. Lebedev and his daughters.

Svetlana has been coming over to take care of Fedya, Lyuba and Ivan’s first blood child together. Due to a damaged cervix and some other medical issues, Lyuba gave birth about a month early and fell into a feverish coma. The radical Dr. Scholl, one of my favorite secondary characters in my Russian historicals, recommended keeping her at home, with constant monitoring, unless her condition worsens.

“Of course, go ahead.” Ivan sets Fedya on a pillow and changes Lyuba’s cold compress. “I don’t think Mr. Lebedev or his daughters will mind if you quickly go into their apartment to get Kroshka’s brush and dishes.  She prefers to eat from her dishes instead of being fed by hand, and she loves being brushed.”

“Your neighbor’s name is Lebedev?  I’m a Lebedeva!”

“Come to think of it, one of his missing daughters is also a Svetlana.  He had ten daughters, but only five are safe in America, the oldest and the four youngest.  God knows what happened to the others.” 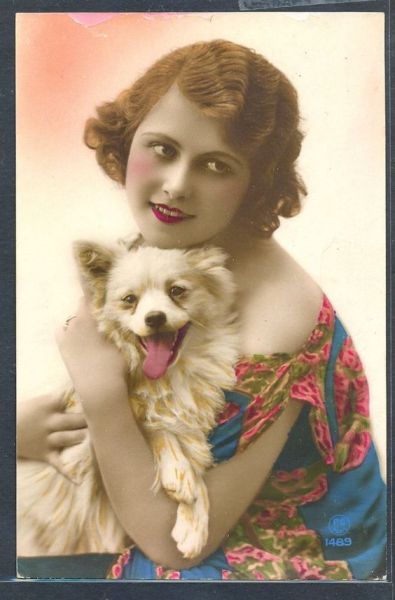 Kroshka’s dishes, toys, and brushes, and everything else in Mr. Lebedev’s old house, were saved by the ingenuity of his niece Nadezhda. After Mr. Lebedev was taken away by the Cheka, Nadezhda put a phony smallpox quarantine sign on the door. Shortly afterwards, Nadezhda left to find work (ending up as the head prostitute at a brothel), and Kroshka was left alone.

Even I never figured out how she survived on her own before Mr. Lebedev escaped from prison and made his way back to his old house. Kind neighbors may have taken care of her, or she may have joined a gang of feral dogs.