Released 11 April 1947, Monsieur Verdoux was not only Chaplin’s first film without either the Little Tramp or a Tramp-like character, but also his first true all-talking film. While The Great Dictator was his first actual talkie, that film uses sound rather selectively. A number of scenes have no dialogue, letting the pantomime do the talking.

This dark comedy didn’t go over so well in the U.S., due to the radical departure from Chaplin’s usual forte, and all the political controversies and personal scandals he’d weathered in recent years.

The story of bluebeard (serial wife-murderer) Henri Verdoux was inspired by Henri Désiré Landru (12 April 1869–25 February 1922). He served in the French Army from 1887–91, and upon his demobbing, began a relationship with his own cousin.

Though they had a daughter together, Landru married another woman two years later, with whom he had four kids. After a boss swindled him, he turned to the dark side.

Landru was convicted and sent to prison in 1900. He was estranged from his wife by 1914, and became a used furniture dealer. As WWI progressed, he took advantage of the ever-increasing pool of widows to prey upon fresh victims.

When a widow answered his personal ad and came to his villa, Landru would seduce her, gain access to all her assets, murder her, and burn her body in his oven. He murdered ten women from 1914–19, as well as the teen son of one of them. Since Landru used many aliases and left no bodies behind, it was impossible to catch him. 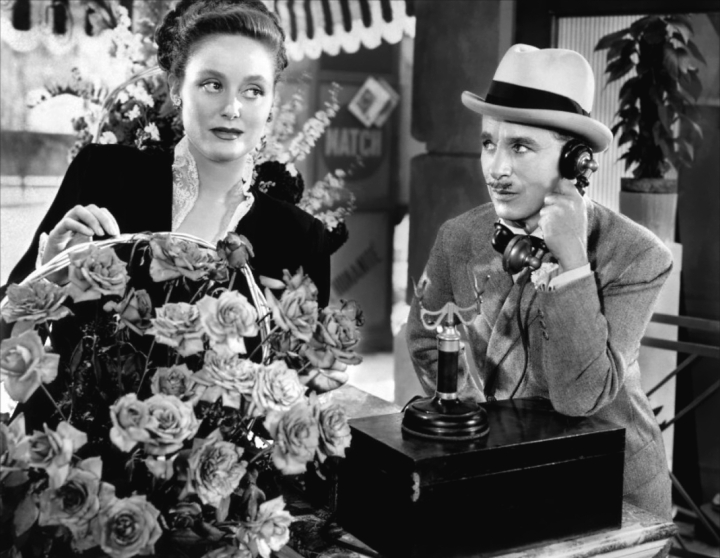 Finally, in 1919, the sister of victim Célestine Buisson convinced the cops to arrest him. Though she didn’t know his real name, she remembered his address and appearance.

Landru was initially only charged with embezzlement, since a thorough search which included digging up the garden yielded no bodies. He also refused to talk to the cops. However, cops eventually put together a trail of evidence proving what he’d done.

In November 1921, the trial began. Landru was convicted on all eleven counts of murder and sentenced to death. Three months later, he was guillotined in Versailles.

Over the years, he’s been referenced or depicted many times in popular culture.

Orson Welles wanted to cast Chaplin as a character based upon Landru. Chaplin claimed he backed out of the idea when Welles admitted the script hadn’t been written yet and that he wanted Chaplin’s help to write it.

Welles claimed the script already existed, and Chaplin bought the script from him and rewrote several important scenes. Because Welles desperately needed money, he signed away all his rights, in spite of feeling he would’ve been a better director.

Chaplin claimed he soon began thinking about what a great idea it would be to use Landru’s story as the basis of a dark comedy. Chaplin phoned Welles and offered $5,000. Welles eventually accepted screen credit for the idea.

The film was a poor match to the prevailing social, political, and cultural milieu in the U.S. in 1947, but it did rather well in Europe, particularly France. In spite of this, it was nominated for the 1947 Academy Award for Best Writing (Original Screenplay).

While promoting his film, Chaplin was subject to hostile press treatment. During the brief time it played in the U.S., several boycotts were staged. By one of his promotional press conferences, Chaplin followed his opening remarks by inviting the press to “Proceed with the butchering.”

Chaplin’s speech near the end of the film is brief but powerful. Along with the first season finale of The Boondocks, it almost, almost, almost made me reconsider my support of the death penalty.

The film opens with a shot of Verdoux’s grave and proceeds to a flashback explaining what lead up to that moment. The viewer knows going in what happened to him, but not the how and why.

Originally, the final speech was even more biting, but the Hays Office wasn’t pleased with these lines:

“To be shocked by the nature of my crime is nothing but a pretence… a sham! You wallow in murder… you legalize it… you adorn it with gold braid! You celebrate it and parade it! Killing is the enterprise by which your System prospers, upon which your industry thrives!”

4 thoughts on “Monsieur Verdoux at 70, Part I (General overview)”