Welcome back to Weekend Writing Warriors and Snippet Sunday, weekly Sunday hops where writers share 8–10 sentences from a book or WIP. This week’s snippet comes right after last week’s, and concludes the scene where Mr. Lebedev reunites with his three youngest daughters in February 1921.

Littlest sister Fyodora has asked where her mother is, and Mr. Lebedev doesn’t have the heart to tell her the ugly truth. Instead he told her her mother went to a place where there’s no more suffering, a magical place with things like harps, golden water, and eternal youth. Eighth-born sister Vera tries to distract Fyodora by pointing out little Kroshka, the Pomeranian who belonged to sixth-born sister Svetlana.

Mr. Lebedev carries Fyodora back to her mattress and tucks her in.  Almost as soon as she’s been tucked in, Fyodora starts violently coughing again.  Kroshka jumps onto the bed and snuggles against Fyodora, frantically wagging her tail and licking Fyodora’s face.  Though Fyodora is still racked by whooping cough spasms, she manages to put her little arms around Kroshka, and the severity of the coughing gradually subsides.

“She’s so young to have gone through this,” Mr. Lebedev muses. “God willing, her heart will start to heal and she’ll have a chance to enjoy a normal, happy childhood now.” 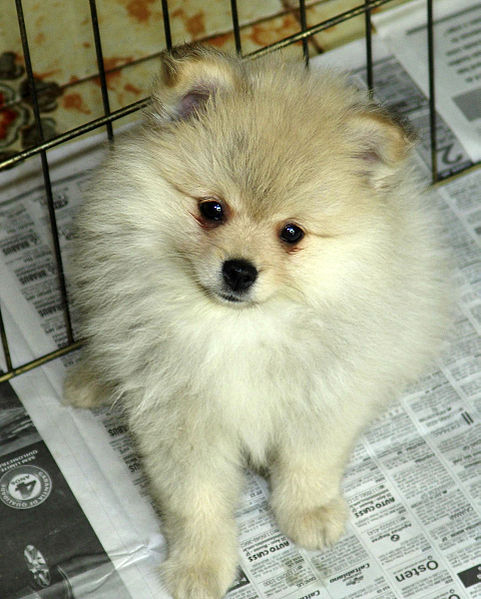 Kroshka means “crumb,” in reference to her tiny size. She lives until age 25, which is 120 in human years. I got really emotional writing Chapter 8, “A Modern-Day Argos,” in my third Russian historical, Journey Through a Dark Forest. Just like the loyal Argos, Kroshka too held out so long because she knew some of her people were still out there. When the last, Mr. Lebedev’s niece Nadezhda, came to America in 1933, Kroshka knew her mission was fulfilled.