Homunculus, a six-part horror series released from June 1916–January 1917, is a film many silent cinephiles have heard about (particularly with such a memorable title), but which few have actually gotten a chance to see. For many years, it remained exclusively the domain of film history books and pictures, apart from a shoddy-quality print of Part Four.

The print I saw recently is the print most silent cinephiles have seen, a cut-down Italian version which became available several years ago.

Everything changed on 17 August 2014, when a meticulously-restored (albeit work-in-progress), near-complete print of all six parts premièred by the Rheinisches Landesmuseum in Bonn.

Stefan Droßler, director of Filmmuseum München, undertook the most gargantuan task of restoring and reassembling the entire series. Russia’s Gosfilmofond gave him the footage after a lot of negotiating.

There were 27 reels, in quite good condition, from all six parts, but they weren’t exactly in their proper order. In process of copying the footage onto safety stock, everything had been cut and mixed up, and the filmstrips were only sorted by their original tints.

All the intertitles had also been removed, replaced by single frames with the first three words of each missing intertitle scratched on.

Hr. Droßler reassembled six hours’ worth of footage and created intertitles with the help of every last speck of material he could find from other archives, photographs, and programs. After the Bonn première and a second showing in München on 4 September 2014, the restoration continued.

In November 2015, MoMA showed the latest version of the restoration.

The reassembled film is based upon the 1920 reissue, which had summarized all six parts into but three. Thus, there’s probably still material missing from the 1916 original footage. According to those who’ve seen the restoration, it doesn’t feel fragmentary.

A lot of important horror film motifs come from this granddaddy of horror cinema, like the hunchbacked assistant, the mad scientist’s exuberance upon bringing his creature to life, and the brooding, dark, caped figure. However, since it came out in 1916 Germany, it was only seen in occupied or neutral European countries.

The 1920 reissue didn’t have a much wider reach, since all things German were very unpopular. Many U.S. theatres, for example, refused to play Dr. Caligari that same year, and there were protests and angry letters to newspapers when some theatres did carry it.

At any rate, it did have an undeniable influence upon horror cinema. Not many Americans had the chance to see it, but they were influenced by horror films made by people who had seen it, particularly all the great German Expressionist horror films. It’s a chain reaction, cultural osmosis.

On to the actual film itself! 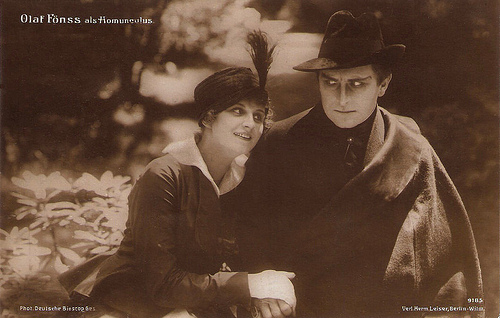 The installments are as follows:

Popular Danish actor Olaf Fønss played the title role, and got the highest salary in German film history up till that point. Shooting began in May 1916, and Part One premièred 22 June by Berlin’s Marble House theatre. Parts Two through Five ran over the rest of 1916, and Part Six released January 1917. Each installment was divided into four acts. 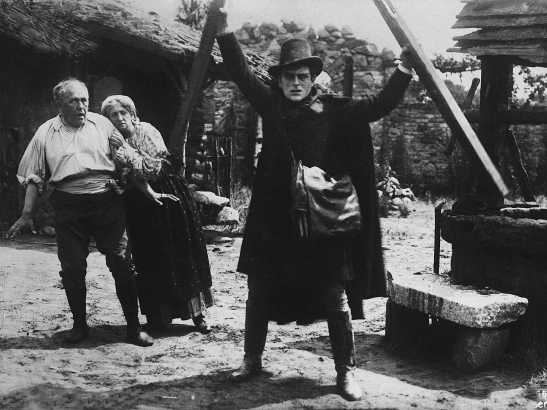 Profs. Ortmann and Hansen are in competition to artificially create human life. The first to succeed is Hansen, with help from his hunchbacked assistant Rodin. Their creation is a baby boy, though historically, a Homunculus referred to a miniature, fully-formed human.

Tragically, Ortmann and his wife lose their newborn baby boy at only a few days old, and Ortmann immediately bring over the Homunculus. After the switch is made, Hansen believes his experiment failed.

Ortmann raises Homunculus as his own son, Richard. The boy grows up normally, but for one major issue: he doesn’t have the ability to love. 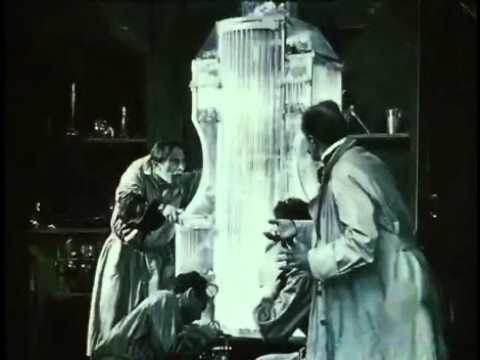 At age 25, Homunculus discovers the truth about his creation, and swears revenge on Hansen, his heart burning with hatred. In spite of his inability to love, he courts and marries Hansen’s daughter Margarete. After their marriage, he lets Hansen in on the secret.

Hansen is horrified, and orders Margarete to leave Homunculus. Margarete, however, loves Homunculus, and saves him when Hansen tries to poison him.

In Part Two, Homunculus befriends a stray dog in North Africa, turns his wrath on Rodin, and miraculously heals a king. The queen and advisors are very suspicious of Homunculus, and once they present evidence of his artificial origins, the king orders him seized. Homunculus escapes the angry mob and vows to kill the next person he meets.

In a scene very reminiscent of The Golem, Homunculus encounters two small children, and he changes his track (at least temporarily).

Since I’ve only seen a condensed version, I can’t recap the entire thing accurately, but I can say there’s a lot of chaos, destruction, and drama. I can’t wait to see it onscreen or on DVD!