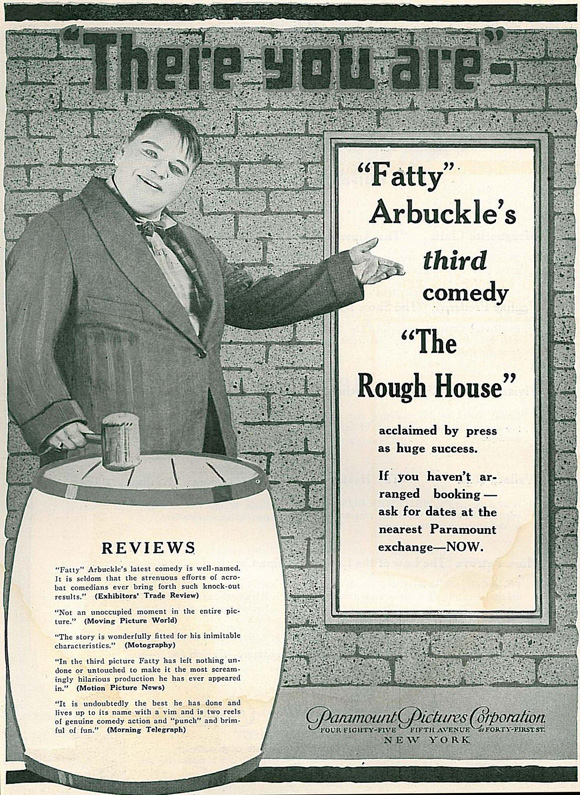 Though Charlie Chaplin, Buster Keaton, and Harold Lloyd are today widely considered The Big Three of silent comedy, those are rankings that arose in large part due to the scandal which derailed Roscoe’s career for so many years. When the scandal hit in September 1921, Roscoe was second only to Chaplin, and even ranked above him in some polls.

In the silent era, Buster wasn’t as popular as he is today. He was talked into moving to MGM in 1928 in part because he wasn’t doing as well as he would’ve liked by the box office. It was only later that people began rediscovering Buster’s silent work and giving him a major reappraisal.

I’m in the camp who supports Roscoe as the fourth great silent clown. Let’s just say Harry Langdon isn’t my style at all. 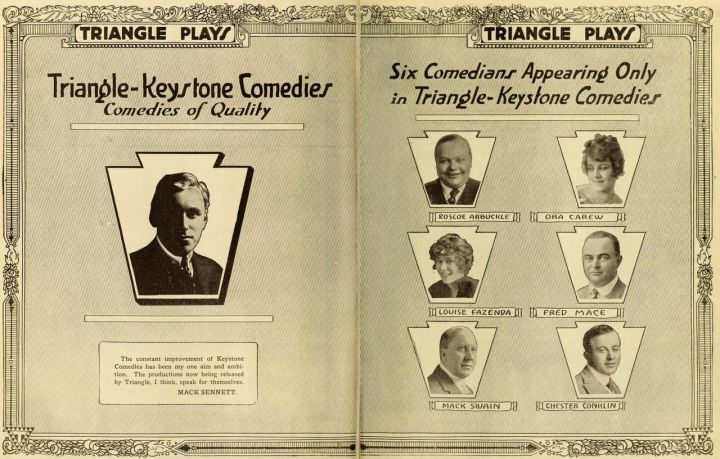 Many of Roscoe’s films were presumably lost forever in the wake of the scandal, when they were ordered destroyed. Luckily, we do have a fair number which survived in other archives, like all the films he did with Buster and Chaplin. Other films, like The Cook, were miraculously discovered after decades of being given up for lost.

By 1932, Roscoe’s reputation had recovered, and the public welcomed him back to the silver screen. Sadly, he passed away before he could begin making features again, but at least he’d lived to see his reputation restored, and didn’t have to hide behind the camera and a pseudonym anymore. 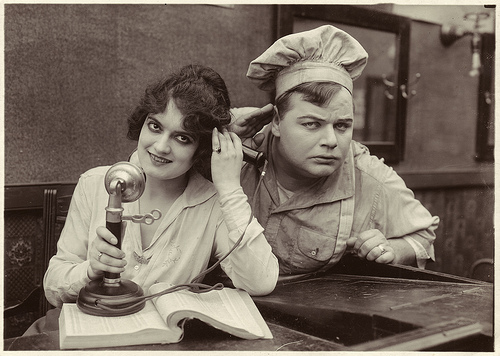 On top of the catastrophe of having so many films destroyed, Roscoe also suffered from the near-total lack of film preservation in Hollywood’s early decades. This wasn’t an era of film studies majors, indie theatres devoted to classics, film festivals, scholarly books about film history, and certificates in film preservation. Many films were destroyed as soon as they were out of theatres, since no one thought anyone would care to watch them again. They were cheap, disposable entertainment for the masses.

By the time people began realizing how important it was to preserve film history, and getting interested in films from a bygone generation, it was too late for many silents. They were long lost, either deliberately destroyed or victims of nitrate fires, or too far gone for serious restoration. Many others languished in closets and other unlikely locations.

In the early 21st century, a number of Roscoe’s surviving films were restored and issued on DVD, as well as by film festivals. The Museum of Modern Art twice ran a series with 56 of his films in April and May 2006. 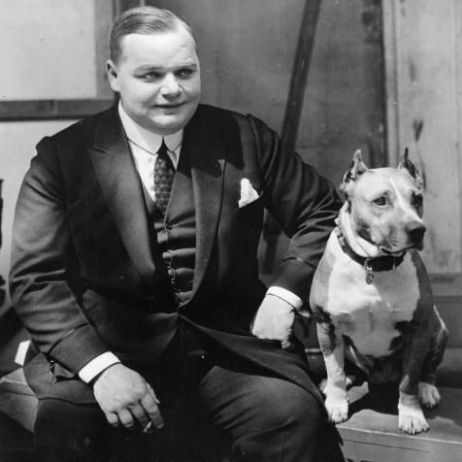 Over the decades, Roscoe has been referenced or portrayed in a number of films, not always truthfully or flatteringly. The PBS children’s show Square One (which I watched in its original run) also had a fictitious deceased celebrity named Roscoe “Fatty” Tissue.

In 2004, author Jerry Stahl published the (not so truthful!) novel I, Fatty. A number of non-fiction books have also been written.

It really upsets me when people say Roscoe raped and murdered Virginia Rappé, or call him “Fatty.” He always said, “I’ve got a name, you know,” when someone called him that demeaning nickname. That was his character’s name, not a name he chose for himself, and once he had full creative control, he always put the screen name in quotes, after his real name.

Thankfully, most scholarly books on film history give him the dignity of his true name, or put “Fatty” in quotes in the middle. 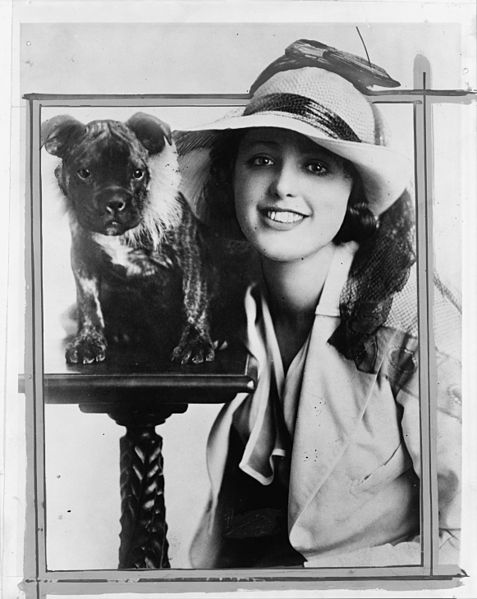 Let’s also not forget the second victim of the scandal. Virginia Rappé was only 26, an innocent young woman who died far too young. Roscoe had nothing to do with her tragic death, and indeed tried to help her when he found her in such dire straits. Regardless of what kind of morals she did or didn’t have, she didn’t deserve to die. In the 21st century, we should really be far beyond condemning women for not being pure, innocent virgins with G-rated lives.

Roscoe and Virginia were both victims, in different ways. The real villain was Maude Delmont, who started the scandal in the first place with her slanderous accusations. Let’s not make Virginia out to be some shady woman of ill repute just because she was drinking and had had a number of abortions. There’s more than enough proof of Roscoe’s innocence; we don’t need to drag the other victim down to establish that innocence. 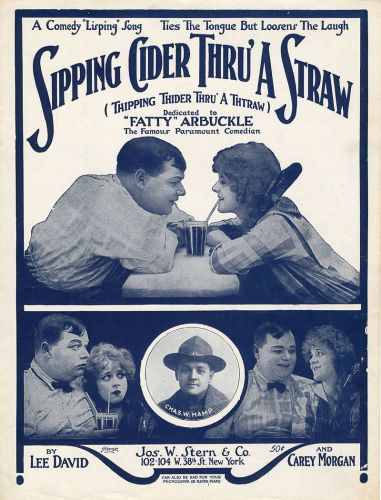 Roscoe once said, “A man is nothing without his good name.” Let’s help to make sure that name stays good for eternity.

4 thoughts on “Roscoe Arbuckle Week, Part V (From popular to pariah and back again)”