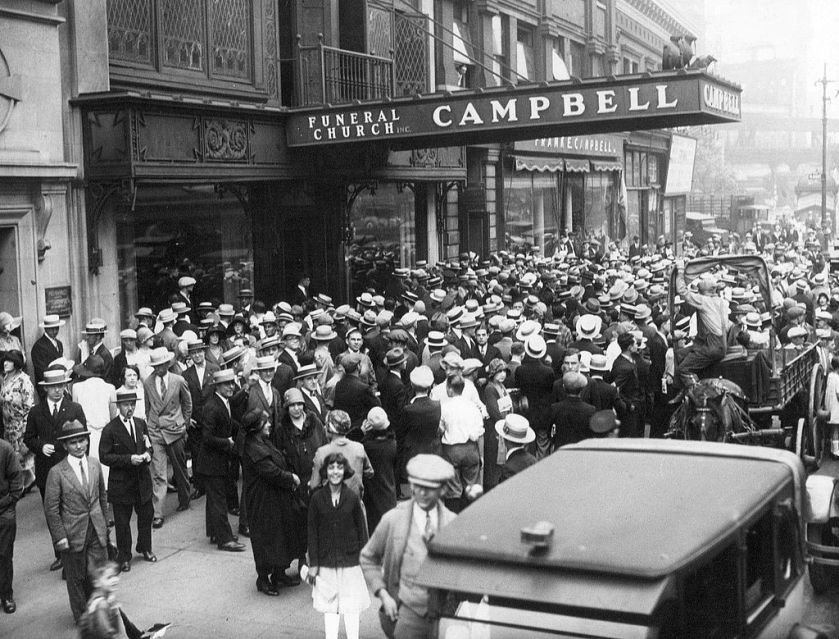 The pandemonium which erupted after news of Rudy’s death was but a foretaste of what was very soon to come. Women standing vigil outside the Polyclinic screamed, tore their clothes, fainted, and passed out. The grotesque heatwave only made their hysteria worse. There were a number of reports of crazed fans’ suicides.

A mob of more than 100,000 people gathered on the streets of Manhattan to catch a last glimpse of the actor. Inside the Frank Campbell Funeral Home were four alleged Blackshirt guards sent by Mussolini, though it turned out they were actors hired for a publicity stunt.

More than a few hysterical female fans had to be bodily evicted from the funeral home. Pola Negri, with whom Rudy was romantically involved at the time of his death, fainted over the coffin. For his funeral, she sent a huge floral display of white roses spelling out POLA, surrounded by thousands of red roses. 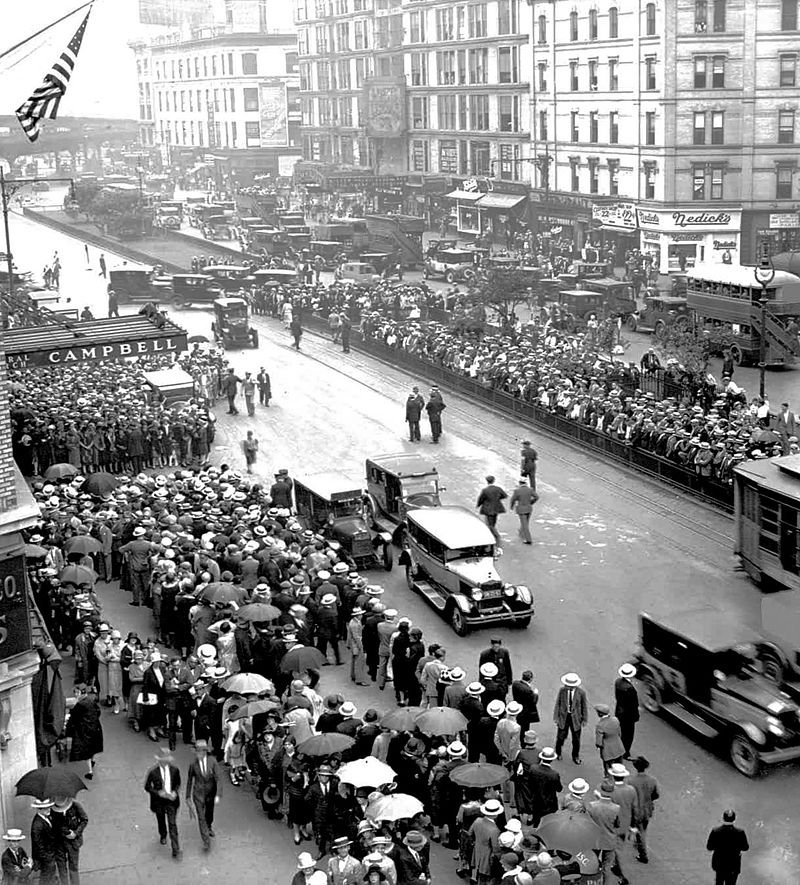 Fans smashed windows in an attempt to get into the funeral home, and an all-day riot erupted on 24 August. Over 100 cops (some on horseback) were called in to try to preserve a semblance of order. Even more general-purpose cops lined the streets during the wake.

The funeral home consistently denied the claim that a wax dummy was placed in the coffin to trick the public and prevent body-napping.

The funeral Mass was held by the then-fairly new St. Malachy Church, nicknamed The Actors’ Chapel, in the Broadway theatre district. A second funeral was held by the also then-new Church of the Good Shepherd in Beverly Hills, on 7 September.

Since Rudy was in serious debt and had no burial plot, his mentor and dear friend June Mathis (one of the most powerful women in Hollywood at the time) loaned her crypt at Hollywood Forever. When June herself unexpectedly died the following year, her husband gave up his own crypt for Rudy and had him moved there. For almost 90 years, Rudy and June have been interred side-by-side. 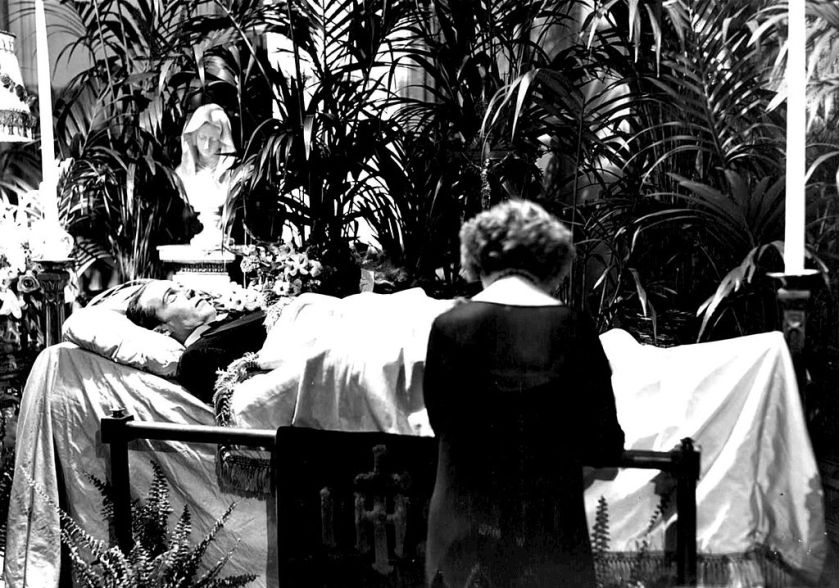 Chapter 23 of The Twelfth Time is entitled “Death of Valentino,” and includes the vigil outside the Polyclinic, the mob scene in the streets during the wake, and the tragic sight inside the funeral home. Absolutely no one is surprised Anastasiya is one of the hysterical fans. Not only does she faint and pass out after getting the news of Rudy’s death, she also has to be hauled out of the funeral home by several police. She fights against them and tries to climb over them to get back inside, loudly protesting that she’s a very important woman.

The large group is only allowed to go into the funeral home a few at a time, due to the huge line waiting to get inside and the need to preserve as much order as possible. Four-year-old Fedya gets the last lines in the wake scene:

“Bye-bye, Mr. Moviestar,” Fedya waves. “I hope you have a good time with the angels.”