In my alternative history, the newlywed Imperial couple eats by an Uzbek restaurant on Nevskiy Prospekt after shopping for new Christmas ornaments in the historic department store The Passage. In lieu of going to one of the established cafés (which include the café at which Aleksandr Sergeyevich Pushkin ate his final meal), they decide to try something a little more exotic. Arkadiya, the new Tsaritsa, is so impressed, she hires some foreign cooks for more variety in the palace menu.

Uzbekistani cuisine is a beautiful reflection of how the nation has historically been at the crossroads of many empires and trade routes. The Uzbeks are a Turkic people, but there are also strong influences from Russia, Persia/Iran, Afghanistan, and several of the Central Asian republics. In addition, there’s also Bukharan cuisine, of Uzbekistan’s unique Jewish community.

Like many other peoples in this part of Asia, the Uzbeks too frequently eat mutton and goat. However, they also eat meats most Westerners would consider taboo—horse and camel. This isn’t a particularly vegetarian- or vegan-friendly cuisine. Many of the most common, popular dishes contain some type of meat. There are also many noodle-based dishes, foods made with yoghurt, oshi toki (stuffed grape leaves), shakarap (tomato and onion salad), and dholeh (risotto).

The signature Uzbek dish is plov, a rice pilaf made with meat, carrots, chickpeas, raisins, fruit, and onions, and cooked in a qozon, a large iron pot. Other common, popular dishes include naryn (noodles and horse meat), dimlama (a stew made with meat, vegetables, onions, potatoes, and sometimes fruits), shurpa (soup made of fatty meat and vegetables), various types of dumplings, kebabs, and green tea. Teahouses are very common in Uzbekistan. In modern Tashkent, black tea is preferred to green, though both varieties are typically served sans sugar or milk. Every guest is automatically given a glass of hot tea. 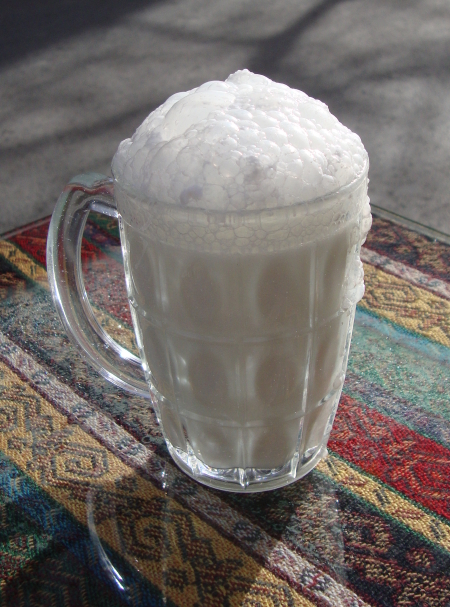 Dessert typically consists of fruit, compote, halvah, and nuts, with more green tea. Uzbek cuisine doesn’t have lots of pastries and baked goods like Western cuisines. One of their sweeter desserts is chak-chak, which can be found around much of the former Russian Empire. It’s of Tatar origin, and made of unleavened dough rolled into small balls which are deep-fried in oil, stacked in a mound, and drizzled liberally with hot honey. Hazelnuts and fruit may also be added to the mixture.

Uzbekistan’s traditional bread is called patyr or obi non, and baked as a flat circular loaf, with a thin, decorated, depressed centre and thick rim around the perimeter. The decorated side faces up when it’s served. The bread is baked in a tandir, a clay oven. Depending upon the region and the occasion, the bread may be decorated differently, or prepared with a different recipe.