Tsar Aleksandr II bowing to the people from the Red Porch

The Red Porch, also called the Red Staircase, leads into the Palace of Facets in Moskvá’s Kreml. On the morning of a new Tsar’s coronation, he and his Tsaritsa set out from the Red Porch under a canopy held by 32 generals. The Imperial couple, along with the Imperial regalia, proceeded towards the Cathedral of the Dormition for the crowning and anointing. Afterwards, the newly-crowned couple would proceed back to the Red Porch, where they’d rest up for the great banquet in the Palace of Facets. Starting with Tsar Nicholas I, the Tsar would stop on the Red Porch to bow thrice to the assembled crowd. This gesture symbolised “an unspoken bond of devotion between ruler and subjects.”

In my alternative history, one of Tsar Aleksey II’s cars is a dark blue Rochet-Schneider which he receives as a 21st birthday present from his uncle, Grand Duke Mikhail. He’s not allowed to drive, but he’s not forbidden to ride in cars altogether.

The Rochet-Schneider was a French luxury car which was manufactured from 1894–1932. True to their luxurious nature, they were made of hand-crafted wood, brass fittings, and patent leather. They were primarily intended for wealthy hobbyists, not normal motorists looking for something affordable like a Ford.

In my alternative history, the future Tsaritsa, Arkadiya Mikhaylovna Gagarina, gets a ride from her hotel to the Aleksandr Palace in a Rolls-Royce Silver Ghost. She hasn’t appeared at a recent empress-consort audition of morganatic princesses, because she has no interest in that role and is also held back because she’s seven years older than the Emperor. Additionally, she hasn’t been feeling well. Shortly after she sends away the important-looking people who came to her hotel, she’s interrupted again and compelled to return to the palace to be nursed back to health. It turns out she has diphtheria.

In real life, Grand Duke Mikhail also owned a Silver Ghost, and gave one to his wife Natalya as a birthday present. The Silver Ghost was one of the most luxurious, high-end cars in the 1920s, a limousine in its day and age. It was manufactured from 1906–26, with under 10,000 models. Today, it’s believed to be the world’s most valuable car, at over $35 million. 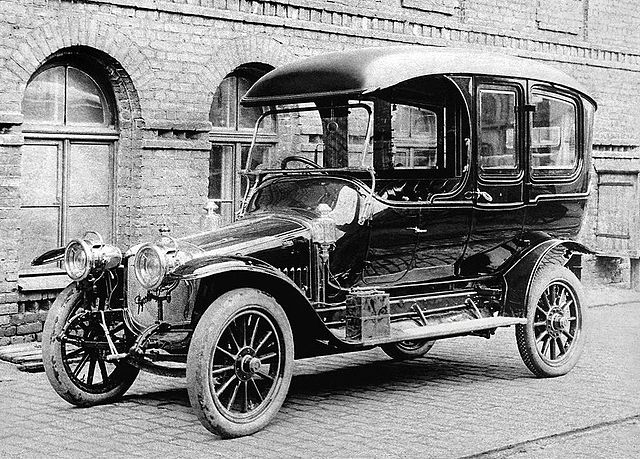 The Russo-Baltique was one of the Russian Empire’s first cars, manufactured from 1909–23. Tsar Nicholas II owned a Russo-Baltique. Today, only two original models are known to still survive.