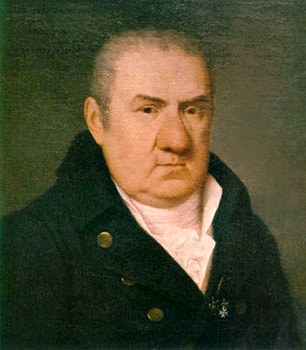 Giacomo Quarenghi, one of the foremost architects of St. Petersburg, was born in Rota d’Imagna, Italy. His noble-born parents wanted him to go into law or theology, but he convinced them to let him study painting. Young Giacomo was very intelligent, well-read, and highly-educated, and travelled through Italy as he learnt the art of painting. Over the years, he studied painting under several revered masters, before finally deciding to become an architect. 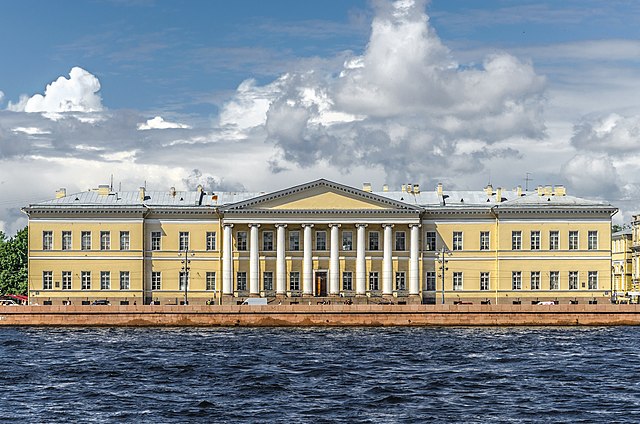 While in Venice in 1771–72, Quarenghi networked with a British lord on a grand tour, and scored several minor commissions for England. After designing things such as chimneys and garden pavilions, he earned his first major commission, an internal reconstruction of the Santa Scholastica monastery in Subiaco, Italy. After this, his reputation slowly increased, and he was commissioned for several other Italian designs. 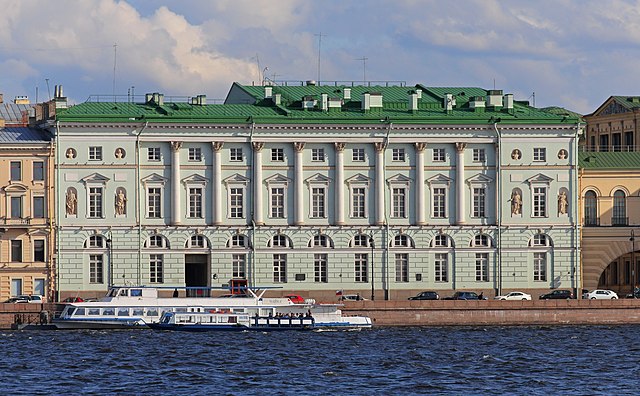 By 1779, in spite of his success in his native Italy, Quarenghi felt himelf underused, just one in a sea of architects, lacking commissions from the nobility and clergy. He thus jumped at the chance to be one of the two Italian architects replacing Catherine the Great’s two French architects.

His first major Russian commission was the English Palace in Petergof. Catherine the Great loved it, but it was sadly blown up by the Nazis during WWII and then demolished by the Soviets. In 1783, Quarenghi and his family settled in Tsarskoye Selo, where he oversaw the construction of the Aleksandr Palace. Catherine the Great had commissioned this palace for her favourite grandson, Aleksandr, when he married Princess Louise of Baden (Yelizaveta Alekseyevna) in 1793. In June 1796, the palace was completed, and Catherine presented it to Aleksandr as a wedding present.

Quarenghi, who had become court architect, went on to design many more palaces, houses, hospitals, bridges, and other structures around St. Petersburg. He designed not only for Catherine, but also her successors and members of the court. Places outside of the St. Petersburg environs also benefitted from his designs, such as Moskvá and Novhorod-Siverskyy, Ukraine.

Sadly, Catherine the Great passed away before she could officially designate Aleksandr as her successor, and her lunatic, inept son Pavel seized the throne for himself. He hated his mother and everything she’d loved, which included Quarenghi. To save himself, Quarenghi joined the Order of Malta, which was under Pavel’s protection. He served as their primary architect till 1800.

His commissions had become less frequent, and so he visited his native Italy in 1801 to a hero’s welcome. During his time back home, he focused on watercolours and created elaborate designs for things such as decorative vases, metalwork for the Winter Palace, and capitals for columns.

Pavel’s reign was mercifully short, and after Aleksandr was on the throne, Quarenghi returned to Russia. His designs were once more in fashion, since Aleksandr was cut from the same cloth as his grandmother. In 1805, he became a corresponding member of the Imperial Academy of Arts, and in 1814, he received Russian nobility and the Order of St. Vladimir.

He had largely retired from designing by 1808, though he still designed a few things, such as the Narva Triumphal Arch (1814) and the Anglican Church on the English Embankment (1814–16). Quarenghi passed away in St. Petersburg at the age of 72. Several of his 13 children by two wives remained in Russia.