Warning: Any hateful, threatening, abusive comments will be deleted and the commenters blacklisted. There are plenty of places on YouTube, Reddit, and Tumblr for your unquestioned groupthink.

Children are notorious for being very literal thinkers, viewing the world in very concrete, black-and-white terms. Due to their necessary lack of metacognition (thinking about thinking), they can’t understand longterm consequences or why they think a certain way. They also can’t think very far ahead, or understand how we change and grow so much as we go through life. At least until very recently, parents instituted normal boundaries and rules for a reason. Now we have SJWs immediately running off to the gender therapist if a little boy dresses up in his mother’s clothes, instead of understanding that’s a normal thing pretty much all kids do. 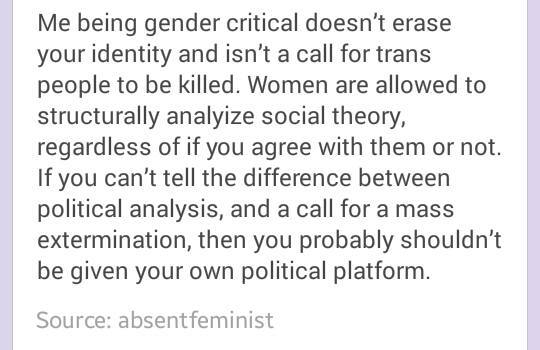 Since when do preschoolers and elementary school kids know more than adults? When your 2-year-old shouts that her name isn’t Melanie anymore, it’s Tom, your immediate response shouldn’t be to “fully transition” her into a boy and start telling her about drugs and surgery. This child was seriously quoted as saying “When I am older and start taking medicine to grow a willy.” Parents are supposed to guide their children and institute normal boundaries, not let their kids run the show!

By not letting children experiment with gender roles, creative play, etc., we’re denying them the chance to be children and grow into the people they were meant to be. The brain doesn’t finish developing until around age 25, and young children are highly suggestible. When everyone around them tells them they’re the opposite sex, of course they’ll go along with it and cross the point of no return.

These puberty blockers and cross-sex hormones haven’t been studied for long-term effects in children, and testosterone slowly poisons women. Lupron, one of these puberty blockers, has been found to be very harmful to adults, so much so it’s been the subject of a major lawsuit.

Why not just let your son be a boy who likes painting his nails, playing with dolls, having more female than male friends, wearing pink, having long hair, and dressing up in his mother’s clothes? Why not let your daughter be a girl who wears short hair, plays sports, dresses up like Spiderman instead of Cinderella, only wears pants, and plays with toy cars?

The book So Sexy So Soon talks about how children create movies in their minds as they build an understanding of new, adult concepts. It also talks about how children often don’t understand the true meaning of grownup words. A 6-year-old girl who says she wants to look sexy may just mean she wants to wear makeup or look pretty. The story of kindergarteners Jason and Ashley was very telling, as Jason got in lots of trouble when he told Ashley he wanted to have sex with her. It was all smoothed out when Jason tearfully admitted he just wanted to kiss her, since he liked her and thought she was pretty. That poor kid had no idea what sex actually is.

When a child says “I want to be a boy!” or “I’m really a girl!,” a rational response should be to ask that child what s/he means by that, what s/he thinks being a boy or girl really means. A boy may think only girls can wear pink and have long hair, or wants to copy the big sister he worships. A girl may be jealous of all the fun toys the boys in class get, or has gotten the message from the media and adults that women are inferior to men and that girlhood is a liability, a weakness.

Minus all this inordinate media attention and a committed cadre of activists (most of whom are MTF autogynephiles), this never would’ve become such a trend. Parents wouldn’t have any reason to encourage a confused or imaginative child who declares s/he’s really the opposite sex. Gender-nonconforming, usually gay teens and twentysomethings would remain who they are instead of taking on a whole new identity based on YouTube videos, Tumblr, and Reddit. This is regressive thinking, perpetuating rigid, ridiculous stereotypes I thought we’d left behind decades ago. 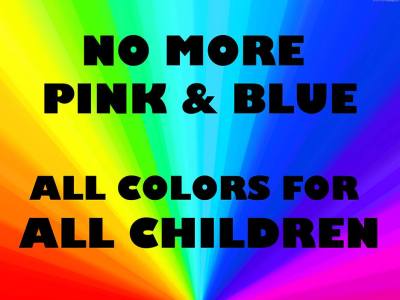 I can’t believe we live in a world where it’s now considered “violently transphobic” and “transmisogynistic” to state a basic biological fact, like women can’t have penises and only women menstruate. I’m trying and failing to think of anything more obviously male than a penis, or why it’s so hurtful and cruel to insist on biological reality. Science doesn’t care about your feelings, only the facts. You can believe whatever you want, but that doesn’t make it scientific fact.