Out of all the people in this group photo of the famous 1903 costume ball by the Winter Palace, only a relatively small group survived the Revolution and escaped into exile. The rigid adherence to the Pauline Laws, written in 1797 by one of history’s weakest Tsars, was an oft-overlooked factor in why this cataclysm happened.

I’ve criticized the House Laws in a number of previous posts, but that doesn’t mean I think they were all premodern nonsense and that the baby needed thrown out with the bathwater. Anarchy has never appealed to me, even when I was at my furthest Left in my late teens and very early twenties. Basic rules exist for a reason, and it makes sense to have some boundaries and guidelines for group membership and smooth running of a government. 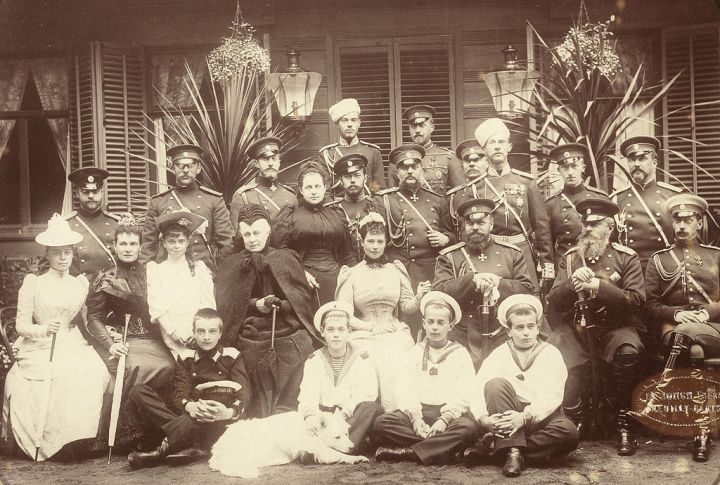 One excellent statute in the Pauline Laws is the stipulation that dynasts marry Orthodox in order to stay in the line of succession. The consort can be either Orthodox by birth or conversion. This doesn’t mean a marriage is forbidden just because a spouse might not want to become Orthodox, either right away or ever. It just means there are certain privileges which only apply to the faithful.

It’s just like how any decent synagogue should be welcoming to intermarried families, while explaining the Gentile spouse and any non-converted children of a Gentile mother just can’t do certain ritual activities or say inclusive blessings. Likewise, the vast majority of churches which offer Communion only give it to baptized folks. Depending on how liberal the church is, Communion may be given to anyone who’s baptized, not just people baptized in that particular denomination. It’s nothing personal.

This is why I consider the Vladimirovichis’ claims to the throne, from the 19th century until today, to be invalid. Grand Duchess Mariya Pavlovna the Elder (called Miechen) refused to convert to Orthodoxy until her children were adults. They therefore were never eligible to inherit the throne, since their mother wasn’t Orthodox when they were born. Forget about the arguments over which later marriages were morganatic or not; the most basic prerequisite for succession was absent from the jump!

First-cousin marriage is forbidden under both Orthodox laws and the House Laws. Plenty of Romanovs married cousins, but they were never direct, blood first-cousins. Genetic research has made clear there isn’t a huge risk of birth defects when procreating with a cousin (as many people falsely believe), but the problem arises when you keep marrying cousins throughout the generations. By insisting on this policy, the risk of too much intermarriage within the same family is relatively minimized.

Under House Laws, dynasts aren’t allowed to marry divorcé(e)s, and I personally disagree with this rule. Divorce isn’t anyone’s fault sometimes, and a young divorced person shouldn’t be made into a pariah just because the first marriage was a disaster and couldn’t work out.

A number of earlier rulers married unequally, and they weren’t thrown off the throne or barred from taking power. I really don’t see much difference between a princess of the royal blood and a princess from a non-ruling family (mediatized or not). There was going to come a point, had the dynasty continued, when people would’ve necessarily had to go back to the older model. You can’t keep marrying in and out of the same extended family forever and never run out of non-first-cousins of equal rank within about 10 years of your age.

Aleksandr II’s second wife, Princess Yekaterina Mikhaylovna Dolgorukova, was a morganatic princess, from a cadet branch of the princely Obolenskiy family, dating back to the Ryurikovich dynasty. He married her less than 40 days after the death of his first wife, which violated Orthodox laws and was condemned by many people, both at home and in foreign courts. Regardless, it’s said he planned to make her Empress and even wanted to make their children Grand Dukes and a Grand Duchess. As the Tsar and an autocrat, he could kind of do whatever the hell he wanted. Sadly, his March 1881 assassination prevented him from acting on those plans.

In my alternative history, Aleksey also marries a morganatic princess, from the House of Gagarin. He wants a fully Russian-blooded wife, a woman of the people, not yet another foreign empress-consort with more German blood than anything else. He realizes he has to remain an autocrat while carrying out all these initial reforms and marrying unequally, since once he’s a constitutional monarch, there may be legal resistance. 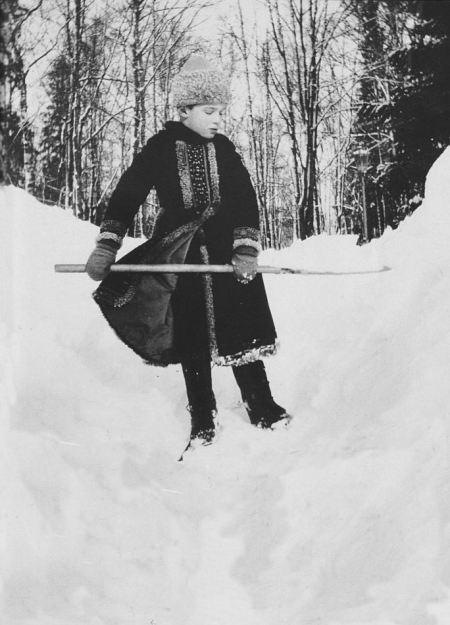 I also question the people who insist Aleksey would’ve “had to” assume power in his own right on his 16th birthday, had he been rescued or if his father had abdicated legally and passed the throne on to him in a Regency. His Regent would’ve been Grand Duke Mikhail, his uncle, with possibly a few other respected, experienced grand dukes as co-regents. You’re seriously telling me they would’ve been so slavishly devoted to a document from 1797 they’d throw a young, inexperienced, less than 100% healthy boy under the bus?

In my alternative history, Grand Duke Mikhail always has his nephew’s back, and wants to make sure he’s mature and experienced enough to be Tsar in his own right. That means amending the House Laws so an underage Tsar isn’t forced to assume power at such a young age. Only when he’s ready, when his health is more certain, and after he’s gotten some experience with co-ruling. Peter the Great initially was a co-Tsar with his older halfbrother Ivan V. It was done before, and it could’ve easily been done again.

Sometimes the spirit of the law is more important than rigidly kowtowing to the letter of the law.