Note: As in Part I, I will be using the Ukrainian spelling Odesa instead of the Russified Odessa, and using the actual Russian name of the battleship, Potyomkin, as opposed to the Potemkin spelling consistently used for the film in all the major English-language literature. In referring to the actual historical events instead of the somewhat fictionalized film version, it only feels right to use the ship’s true name.

Though the brilliant Battleship Potemkin is based on a real event, it’s also partly political propaganda. However, it’s not what I’d consider propaganda for an evil cause, since many of the people involved in the Revolution of 1905 had very justifiable grievances against the inept Nicholas II. Bolsheviks were only one among many groups rising up and protesting. If Nicholas had either become a constitutional monarch in more than name, or abdicated in favor of a Regency for the baby Tsesarevich Aleksey with some qualified relatives, Russian history would’ve been so much happier. There probably wouldn’t have been either of the 1917 Revolutions, and the Imperial Family certainly wouldn’t have been murdered.

The Russo-Japanese War was disastrous, yet one more reason why Nicholas was one of the worst Tsars in Russian history, either Romanov or Ryurikovich. Had his father, Aleksandr III, lived another 20 years instead of taking sick and dying suddenly at only 49, the Russian Empire certainly never would’ve entered that war. Yes, Aleksandr III was an extremely conservative reactionary and a horrible anti-Semite responsible for many pogroms, but I can respect how he kept Russia out of all wars. I think a lot of people who don’t know much about Russian history tend to give Nicholas a pass just because he was a really swell person and died so horribly. My thoughts on Nicholas and Aleksandra’s disastrous rule, and why Nicholas’s abdication was illegal, will be further addressed in future posts. 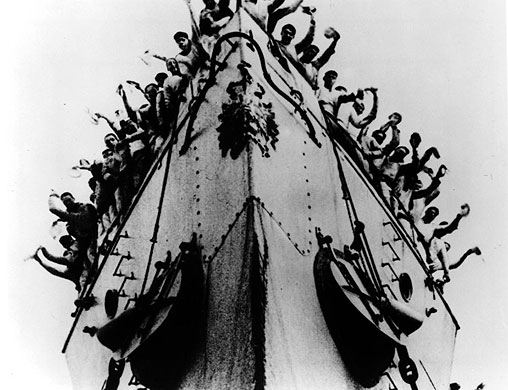 Most of the experienced officers and enlisted men in the Black Sea Fleet were transferred to the Pacific during the Russo–Japanese War, leaving ships like Prince Potyomkin Tavricheskiy filled with mostly new recruits and lesser-experienced officers. Russian morale dropped even further after the disastrous Battle of Tsushima in May 1905, coupled with the ongoing uprisings and riots in the cities. The Central Committee of the Social Democratic Organization of the Black Sea Fleet (Tsentralka) thus began making plans for a simultaneous mutiny, though a date wasn’t decided.

On 27 June 1905, Potyomkin was stationed off the Ukrainian coast, near Tendra Island, when many of the enlisted men refused to eat borshcht made with maggot-infested meat (just as in the film). The real-life Dr. Smirnov also had told them it was “just” fly larvae which could easily be washed off with brine, and that it was still perfectly good meat they needed to eat. Ippolit Ivanovich Gilyarovskiy, the second-in-command, called for everyone to assemble on deck, but only 12 people volunteered to eat the borshcht. Mutiny then broke out, just as depicted in the film. Grigoriy Mikitovich Vakulinchuk, a Ukrainian and one of the mutiny leaders, was shot first by Gilyarovskiy and then a petty officer. 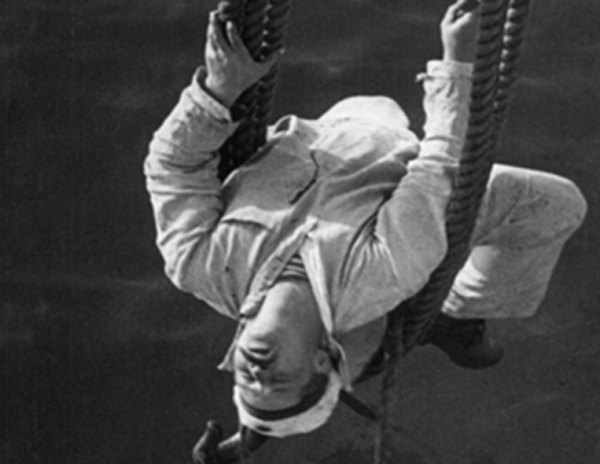 Once Potyomkin was in rebel hands and seven of the eighteen officers were killed, the crew captured the torpedo boat Izmail, which had been responsible for bringing them that rotten meat. A committee of 25 sailors, headed by Afanasiy Nikolayevich Matyushenko (also a Ukrainian), was put in charge of the ship. With a red flag flying, they set sail for nearby Odesa.

When they arrived in the city, a general strike had just started, and police were trying to put down some rioting. However, the sailors refused to come ashore to help the people, as they preferred to wait for the other battleships in the Black Sea Fleet. Later in the day, the sailors captured a military transport, Vekha. Riots continued, and much of the harbor was burnt. On 29 June, Vakulinchuk’s funeral turned into a political demonstration, and the Army tried to attack the sailors who’d come ashore for the funeral. In revenge, Potyomkin fired two 6-inch shells at the Odesa Theatre, where an important military meeting was scheduled.

Similar to what happens in Act Five, Potyomkin had a rendezvous with two squadrons and several other battleships. Some of the other ships mutinied and joined them. However, the film doesn’t show what really happened afterwards, that the mutineers were ultimately unsuccessful and forced to return to Russia. As one final act of revenge, the sailors sank the ship, but the Navy easily refloated it. However, the seawater had damaged the engines and valves. 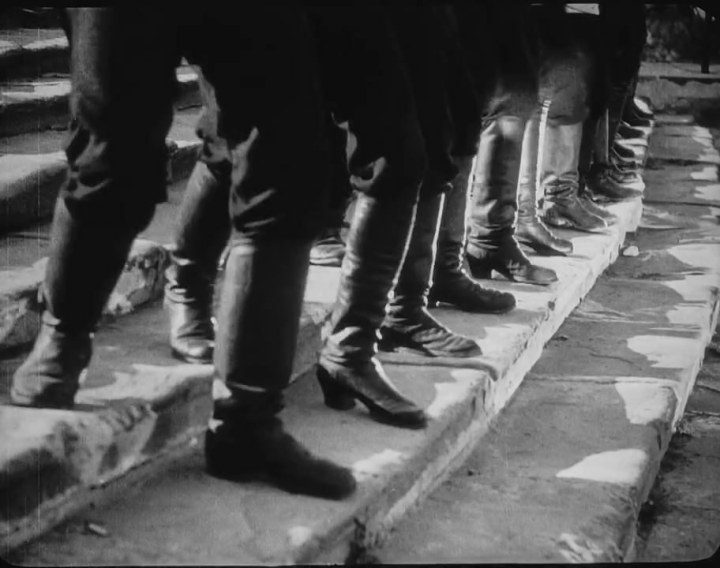 In real life, there was no massacre on the Boulevard Steps (also called the Grand Staircase and Richelieu Steps prior to assuming its modern moniker of Potomkinski Stairs), either by soldiers or Cossacks. It was intended for dramatic effect, to implement montage, and to serve as propaganda against the Imperial government. However, troops really did fire on the crowds during the riots and demonstrations, with deaths said to be in the hundreds.