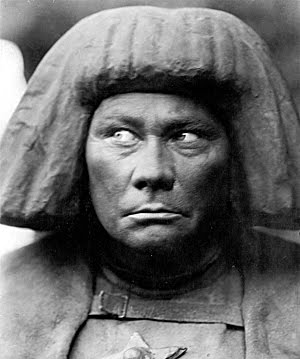 Der Golem, wie er in die Welt kam (The Golem: How He Came into the World), released 29 October 1920, is the final and only surviving installment of a trilogy of Golem films co-directed by Paul Wegener, who also plays the title character. (Some sources claim the 1915 and 1917 films have survived, but if so, only fragments are publicly known.) This is one of the classics of German Expressionist film, alongside such luminaries as Metropolis, The Cabinet of Dr. Caligari, Waxworks, Faust, and The Last Laugh. And yes, the Golem does bear a resemblance to the Quaker Oat Man. 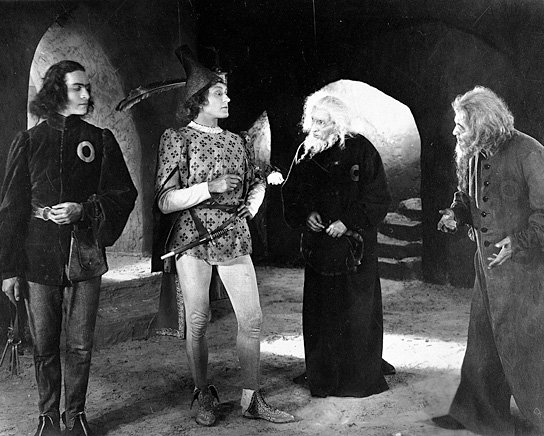 There are several stories and discussions about Golems throughout the ages, but the most famous, upon which this film is based, comes from the late 16th century. Rabbi Judah Löwe ben Betzalel, popularly known as the Maharal of Prague, was said to have created a Golem to save the Prague ghetto. (Maharal is an acronym of Moreynu HaRav Löwe, Our Teacher Rabbi Löwe.) According to the legend, Prague Jewry was slated to be murdered or expelled on orders of Emperor Rudolf II. To save his people, the Maharal fabricated a Golem and named him Josef. The Golem was deactivated on Friday evenings, so he wouldn’t violate the Sabbath. There are various accounts of just how the Golem strayed to the dark side.

The film opens as Rabbi Loew (the spelling used therein) reads a very bad omen in the stars. According to the signs, disaster will soon strike. Rabbi Loew sends his unnamed assistant to tell the ghetto elders about this frightening portent. Soon thereafter, a young, handsome knight named Florian is dispatched by the Emperor to deliver a decree of expulsion.

Rabbi Loew, who’s already begun planning a Golem, implores Florian to remind the Emperor of the two times he saved his life by reading his horoscope and warning him of danger. Florian agrees to the request, perhaps because he’s already smitten with Rabbi Loew’s daughter Miriam (played by Paul Wegener’s real-life, much-younger wife Lyda Salmonova). Rabbi Loew’s assistant also has a crush on Miriam. 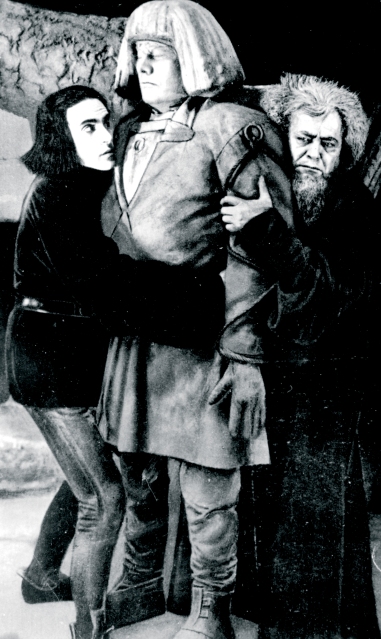 After Florian leaves, Rabbi Loew and his assistant bring their Golem to life with help from the occult spirit Astaroth. It’s rather amusingly ironic how the Emperor’s expulsion decree accuses the Jewish community of practicing Black Magick, only for Rabbi Loew to immediately turn around and do just that to save his people. However, there’s a strong, if somewhat underplayed, tradition of magic and related disciplines in Jewish mystical history. The Golem is brought to life by an amulet containing a Magickal name revealed by Astaroth, and turned into a tame but mute servant.

The Emperor agrees to Rabbi Loew’s request for an audience, and invites him to the palace to plead his case during the celebration of the Rose Festival. Rabbi Loew arrives with the Golem, while Florian sneaks into the ghetto to fool around with Miriam. At the palace, Rabbi Loew conjures up a magical screen showing an animated history of his people, ordering the audience not to laugh. As the magical projection wears on, they burst into laughter, and the palace begins collapsing. 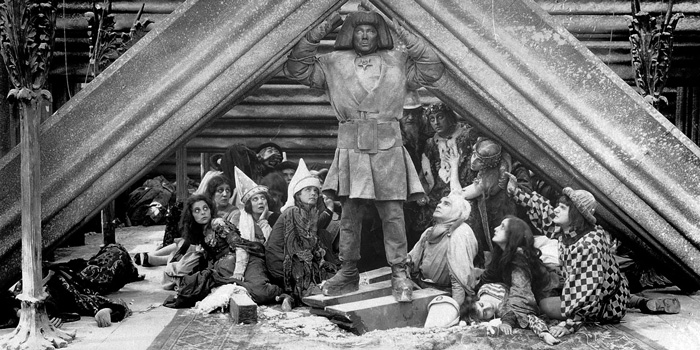 The Golem saves the day, and the Emperor revokes the anti-Jewish edict in reward. As soon as Rabbi Loew and the Golem return home, a thanksgiving celebration is proclaimed. Since Rabbi Loew is fearful of Astaroth turning the Golem towards evil, he and his assistant deactivate their creation. Rabbi Loew then goes to join the celebration.

All this time, Florian has been in Miriam’s room, and now plans to sneak out once everyone is at synagogue. These plans are ruined, however, when the lovestruck assistant comes to break the happy news to Miriam. She insists she can’t open the door and isn’t ready yet, but the assistant insists on staying till she’s ready. The assistant presently realizes another person is behind the door, and in vengeance, he reactivates the Golem and orders him to get rid of Florian. 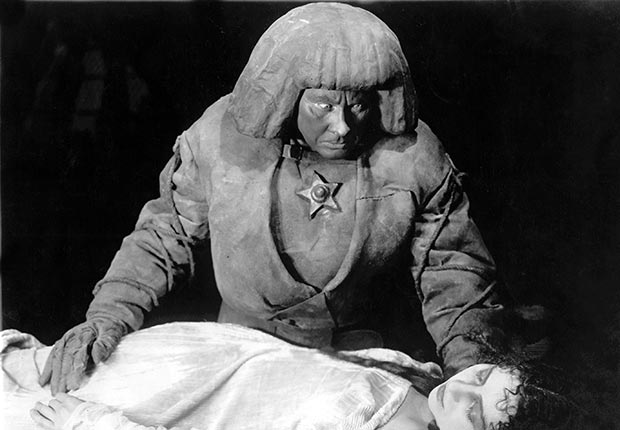 The Golem proceeds to go on a rampage, which wasn’t what the assistant envisioned at all. After he escapes the Golem, he runs to the synagogue to report this reversal in fortune. The situation at Rabbi Loew’s house has become even worse since the assistant ran away, and now both Miriam and the Golem are missing. But if the Golem can be found and deactivated, the ghetto may yet be saved. 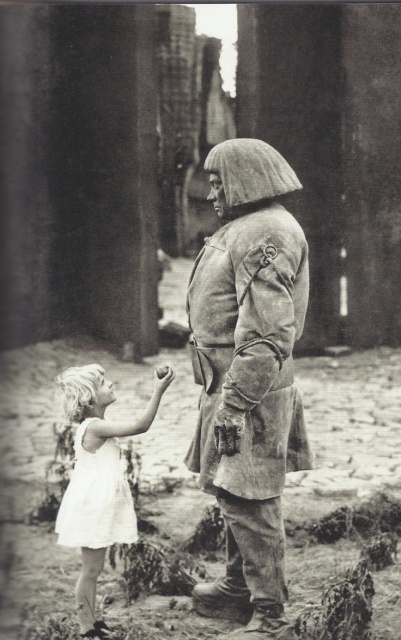 Though Paul Wegener later appeared in Nazi propaganda films, it’s reported he secretly gave money to anti-Nazi groups, wrote anti-Hitler slogans on walls, and hid people in his apartment. While some folks bizarrely claim this film is anti-Semitic, it’s actually a pretty fair portrayal, with perhaps the exception of Miriam potentially representing a stereotypical dark-featured Jewish temptress. This film is quite sympathetic and modern, devoid of such stereotypes as the money-grubbing usurer or hook-nosed villains practicing Devil worship.

There’s only so much we can expect from films of a certain age. Berating this film for not being exactly like a modern film and depicting characters in an insular ghetto is about as pointless as ranting against a character like Uncle Remus or Mammy. I’d much rather see a sympathetic, good-hearted character in a serving or servile role than see ugly stereotypes perpetuated.

6 thoughts on “Meet the Golem”