Happy Hoshanah Rabah and Shemini Atzeret to those who celebrate!

Welcome back to Weekend Writing Warriors and Snippet Sunday, weekly Sunday hops where writers share 8–10 sentences from a book or WIP. In the spirit of the Halloween month, I’m sharing holiday-related excerpts during October.

This comes from Chapter 95 of my third Russian historical, Journey Through a Dark Forest. It’s Halloween 1945, and 21-year-old Darya Koneva is spending the holiday weekend at the University of Minnesota. Darya has no idea the true reason for the invitation is because her lifelong friend and neighbor Andrey Vishinskiy wants to spend more time around her. She thinks this weekend was his twin sister Anzhelika’s idea.

For the party in the campus center, Darya is dressed in a dark blue Victorian gown and Anzhelika is a milkmaid. 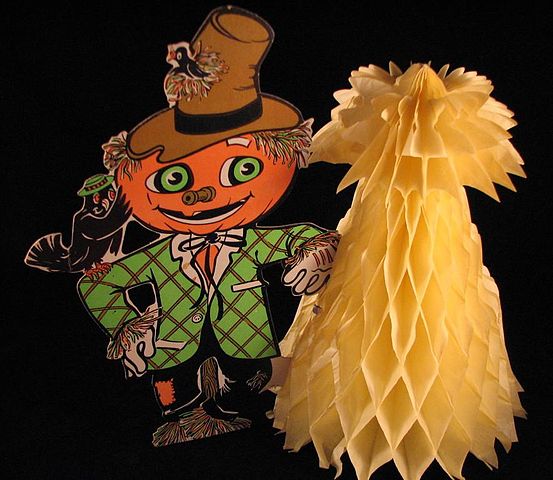 The room in the campus center is decorated with die-cut skeletons; devil, black cat, jack-o-lantern, and skull lanterns; candy containers in the shape of scarecrows and jack-o-lanterns; cut-out bats and spiders on the walls; a display of Halloween greeting cards; a die-cut orange moon with owls and leaves in the forefront; and streamers with black cats, pumpkins, and skeletons.  Anzhelika’s friends include a clown, witch, American Indian, pirate, Renaissance princess, Pilgrim, fairy, and Bohemian.  Darya lets Anzhelika introduce her to everyone, grateful Anzhelika isn’t telling them her true story.  Anzhelika only says Darya was in Paris during the war, studied at the Sorbonne briefly, and had her education interrupted by the Nazis.

“What would you like to do first?” Anzhelika asks. “We have bobbing for apples, fortune-telling, cutting a fortune cake, floating a walnut boat, telling ghost stories, and a Ouija board.”

Darya grabs the knife and cuts into a cake with raspberry icing, trying not to cut an overly large piece so she won’t make a bad first impression.  She plunges her fork into the cake until she hits the baked-in charm, a ring.

“Marriage within a year!” Anzhelika proclaims.

The only male guest is Anzhelika’s twin Andrey, who’s dressed in a vintage Army dress blue uniform. He’s extremely reviled by almost everyone on account of having a draft deferment for his university studies. Darya too initially excoriated him upon her homecoming, but soon had a change of heart, and now Andrey is starting to fall for her.

Darya and her best friend Oliivia Kalvik were studying abroad at a Parisian lycée for their sophomore year of high school, and unable to return home in the wake of the Nazi invasion. Darya now has latent tuberculosis, a number tattooed on her arm, amenorrhea, and hair growing back abnormally slowly under a wig. Her hair is so slow to grow back because her body is using all its strength to keep the TB latent, though as she comes to suspect, the TB may be hibernating in another part of her body and waiting to return worse than before.