I wrote 9,000 words and am about halfway done with Part II.

In addition to writing a few more chapters of Part II, I’d like to take some time to write the most important of the three historical notes. These notes will address the issues of hemophilia, the real people in the story, and the House Laws. I plan on turning my note on the House Laws into a future blog post. 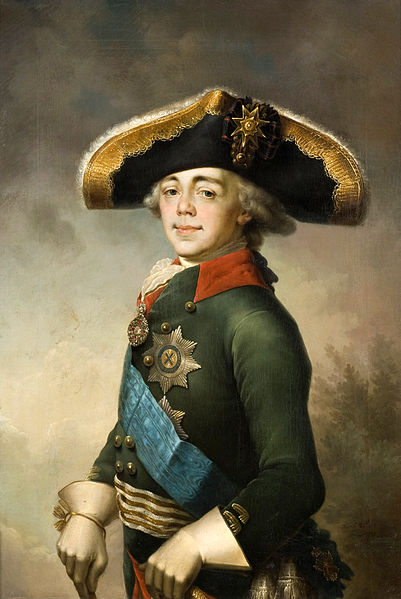 My most-hated Tsar by a landslide! As much as I hate Nicholas II for all his fatal mistakes and inept rule, at least he has the saving grace of having been a really swell fellow in personal life, and part of the blame for his failure rests with his father, who did jack to prepare him for his future role.

Honestly, it’s seriously frustrating to see so many people in the 21st century convinced the House Laws were set in stone and incapable of being revised, even after Russia became a supposed constitutional monarchy in 1906. They were clearly unsustainable, already not working out well for many people, and just plain draconian. If only Catherine the Great hadn’t died before she could make her oldest grandson Aleksandr her successor, her insane son Pavel wouldn’t have stolen her will, seized the throne for himself, and written those laws meant to posthumously stick it to the mother he hated.

“His Majesty is very different.  He’s not guaranteed a long life or marriage, but as long as he’s still here, he’s determined to make every single moment count.”

It’s kind of dizzying trying to figure out how all these European royals were related, particularly when they were related at least twice over! One of the reasons I have Russia becoming a constitutional monarchy and the court thus diminishing in importance is so I don’t have to work in all these double-relations. Most recently, I figured out Prince Nicholas of Greece and Denmark (in exile in France) was Grand Duke Mikhail’s second-cousin, since Tsar Nicholas I was their mutual great-grandpap.

And going back to the House Laws, you can’t honestly argue these people could’ve indefinitely continued marrying in and out of the same extended family. They were already reaching a point where too many people were too closely related for valid marriages, and not enough appropriate would-be spouses within a normal age range.

All the interfamily drama! It really, really helps how the Vladimirovichi perfectly lent themselves to the role of background antagonists, since they were so ambitious and made no bones about wanting the throne. After Tsar Aleksandr III’s family survived an 1888 train accident, Grand Duchess Mariya Pavlovna the elder matter-of-factly lamented their survival, since “such a chance” wouldn’t come again. Even today, their descendants have their eyes on the throne, should the monarchy be restored.

The idea of having a few intermissions/interludes was suggested by my writers’ group recently, since apparently that’s a literary device used by Brandon Sanderson in his epics. What do you all think of having a few such chapters from the POV of Grand Duke Mikhail, and the four Imperial children in Siberia with their grandparents during WWII? The book is my usual third-person omniscient, but in spite of the ensemble cast, it’s much closer to third-person limited than I usually do. The only exception is Part III, which is primarily in Arkadiya’s POV.