“The greater the darkness of a period, the brighter is the light of a single candle.” 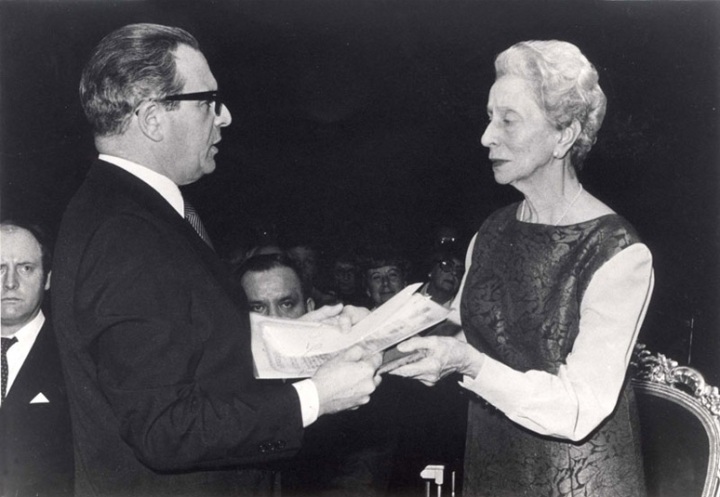 Dorothea Neff was a stage actor from München. In the 1930s, she acted for a theatre in Köln, where she made the acquaintance of Lilli Wolf, a Jewish costume designer. The two friends parted ways when Dorothea accepted a position with Vienna’s famous Volkstheater.

In 1940, as things were getting worse at home, Lilli fled to Vienna, with the false belief that there wouldn’t be so much anti-Jewish sentiment there. The only person she knew in Vienna was Dorothea, who was happy to help.

Dorothea found Lilli a place with another Jewish family, and provided her with food, money, medicine, and everything else she needed. She also often visited Lilli, at a time when most people had severed their interfaith friendships. In turn, Dorothea also invited Lilli over to visit.

Dorothea desperately tried to find a hiding-place for Lilli after deportations began, even travelling to Berlin towards this end. Nothing came through, and in October 1941, Lilli received her deportation notice. Dorothea came to help her pack, but as they were deciding what Lilli should pack, Dorothea shut the suitcase and declared she’d hide Lilli. To trick the Gestapo, Dorothea wrote a phony suicide note, signed Lilli’s name, and left it in the apartment.

Until the end of the war, for over three years, Lilli hid in a back room in Dorothea’s apartment. Lilli lived in constant fear of discovery, and Dorothea rushed home after every performance, full of fear of what might’ve happened while she was away. Dorothea also had to find enough food for Lilli with the ongoing food rationing, and to explain away the stranger joining her in the cellar during air-raids. She also couldn’t invite just anyone over to visit. Another crisis came when Lilli fell sick, and Dorothea had to find a way to obtain medical treatment without arousing suspicions.

Dorothea went blind in 1967, but continued acting until her death in 1986. By that point, she’d moved from the stage to cinema.

In 1979, Dorothea was honoured as Righteous Among the Nations.