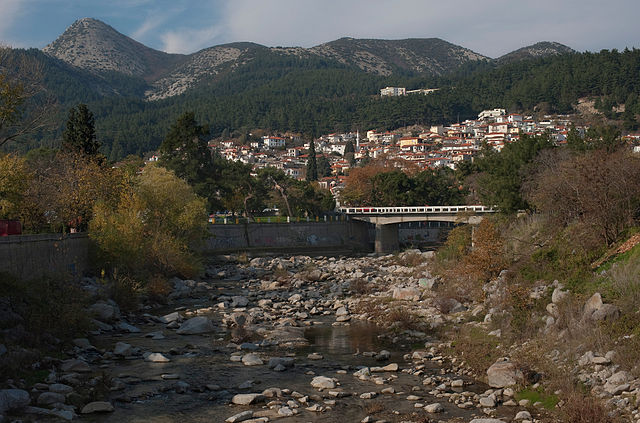 I’ve never written about Xanten or Xánthi to date, but now that I know about them, I’m eager to include them in some way. X is one of my favourite letters since it’s so rare. Getting the chance to use an X name is like finding a needle in a haystack, so why not go for it?

All these years of studying German history and being so proud to be half German, and I never once knew about Xanten, Germany’s only city whose name starts with an X. It’s not even listed in the atlas my late uncle gave me in 1986. It’s situated in North Rhine-Westphalia, and famous for its Archaeological Park, one of the largest open-air archaeological museums in the world. It’s also well-known for St. Viktor’s Cathedral (a.k.a. Xanten Cathedral), which is said to be the largest cathedral between Köln (Cologne) and the sea. The cathedral was built between 1263-1544.

Xanten is also home to the Xantener Sommerfestspiele, an esteemed classical music festival held for two weeks each Summer; the Xantener Montmartre, an art showcase drawing artists from worldwide; and an annual German sandcastle-building contest. Legend has it that Siegfried of Die Niebelungenleid was born in Xanten.

Xánthi is in Northeast Greece, in the historical Thrace region. The first known records of its existence are from 879 CE. Because of the often violent, unstable, tumultuous history of Thrace, Xánthi’s population was almost nil by the time the Ottomans invaded in 1361. There weren’t many buildings left either.

By 1715, Xánthi had become well-known for its high-quality tobacco, with many travellers from abroad coming for the tobacco. The city’s fortune was strikingly reversed, and Xánthi became rich. When two earthquakes leveled the city in March and April 1829, they were able to get to work rebuilding immediately. In 1870, they got a huge population boost in the wake of a devastating fire in Genisea, when workers, businesses, and agencies were transferred to Xánthi. In 1891, a railway line increased their prominence.

Xánthi was in and out of Bulgarian hands several times between 1912-44. Its name in Bulgarian is Skecha. Sadly, Xánthi’s Jewish community was persecuted and killed in large numbers during the Shoah, in spite of the Jewish community of Bulgaria proper being protected by the heroic Tsar Boris III and his people. The former community centre was sold to the Boy Scouts in 1963, and the former synagogue was demolished in 1995, after having fallen into disrepair. The walled cemetery is still standing, though it’s long since been abandoned. In 2001, a memorial plaque commemorating Xánthi’s former Jewish community and their persecution/exodus was put in the tobacco warehouse.

Church of St. Viktor in Xanten, image by Xantener.

Xanten was settled around 2000 BCE, and was settled by Romans around 15 BCE. Today the remains of the long-standing Roman presence in the area can be seen at the Archaeological Park. The city’s first church was built in the 8th century CE, on the grounds of an old Roman cemetery. A convent was also established, and from there the city began to take on its German character. It received city rights in 1228.

Xanten had a Jewish community since the Middle Ages, when some of the residents were murdered by Crusaders. In 1891-2, the community was endangered again due to a blood libel against shochet (kosher butcher) Adolf Bischoff. Hr. Bischoff eventually had the charges dropped, since of course they were without merit as always, but Xanten’s Jewish community felt it safest to move elsewhere regardless. The population was down to only 30 by 1905. Following Kristallnacht (9 November 1938), what remained of the community fled.

Inside St. Viktor’s Church of Xanten, image by Xantener.

Old Town Xánthi residential street, Copyright 2004 by (WT-shared) Handrian, dual-licensed under the CC-SA 1.0 (or later) and the GFDL.

Every Saturday, Xánthi holds a bazaar at Emporiou Square. In February or March each year, they hold a Carnival, and in early September, they hold the Old Town Festival. Its nickname is “the city of a thousand colours.” The city also has many museums, with subjects such as children’s art, folklore, religion, artwork, tobacco, the Old Town, and natural history.