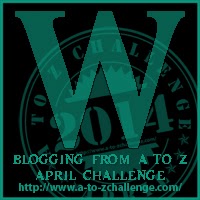 A bank building with an upstairs apartment, image by Hilda Morassi.

Winschoten is a Dutch city of about 20,000, in the Northeast, near the border with Germany. It received city rights in 1825, the last Dutch town to be granted such rights. Though Dutch is the official language, many people speak the Gronings dialect, which has a Hebrew and Yiddish influence. Prior to WWII, Winschoten had a very large Jewish community dating back to the 17th century. The city had Holland’s largest Jewish community after only Amsterdam. Only 20 survived the Shoah.

Winschoten has many churches, the oldest of which is from the 13th century. Most of the churches are Protestant, but there’s also a beautiful neo-Gothic Catholic church dedicated to St. Vitus and built in 1880. The city’s skyline features a freestanding 16th century bell tower. 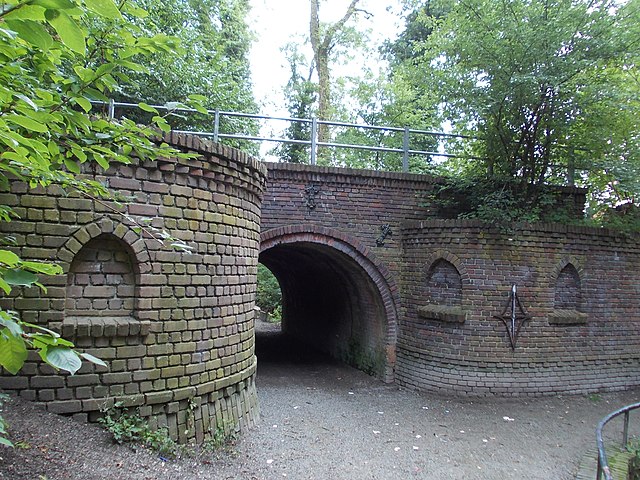 A number of chapters in my WWII historical Bildungsroman And Jakob Flew the Fiend Away are set in Winschoten. At the end of Part II, in November 1942, Jakob leaps from a death train en route from Westerbork before it crosses the border. He severely breaks his right foot and ankle as he lands, and is found by four young partisans as he’s limping towards the woods. They smuggle him into the basement of a safe house, where he spends the Winter recovering and gradually relearns how to walk in the Spring.

Vrouw Heleen Visser, the woman who lives in the safe house, becomes like a second mother to Jaap. He comes back to see her a few times while he’s a partisan, and finds her in a group of anti-Nazi, anti-NSB prisoners after the liberation. Her would-be executioners are meted out an even more severe punishment than the ones Jaap and his friends are meting out to the other collaborators and occupiers.

In May 1945, Jakob marries his dream girl, Rachel Roggenfelder, in a brief civil ceremony at the marriage registrar in Winschoten, with Vrouw Visser and three of his Army buddies (not his best friends) as witnesses. The formal, religious ceremony is held in Atlantic City on 28 June 1946.

Winschoten used to boast of thirteen giant windmills, but today only has three. These remaining windmills dominate the cityscape. The city also has a monument depicting someone licking his plate as a dog licks his master’s feet. This is in homage to how the residents used to be called tellerlikkers, “plate-lickers.” The monument is in front of the former De Klinker theatre, which in turn was built on the site of an old brick factory. 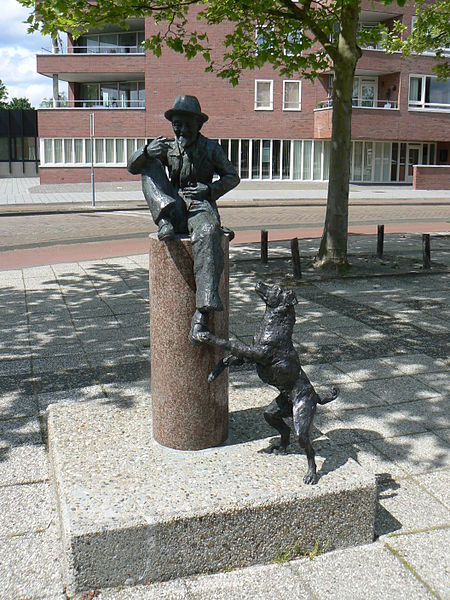 10 thoughts on “Winschoten, The Netherlands”