The Church of St. Nikolay, image by Томасен. 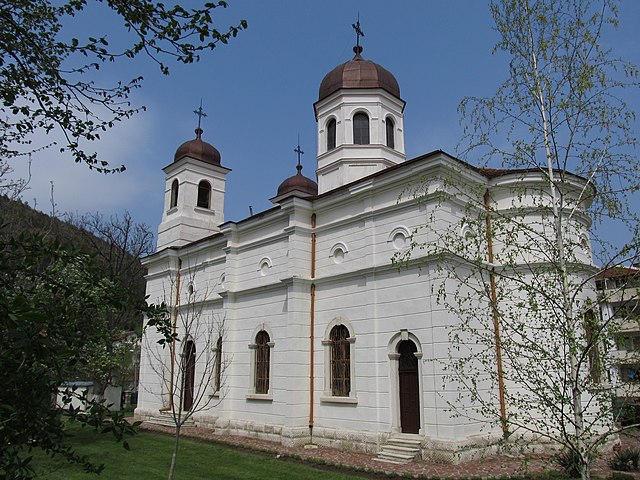 The Church of Saints Konstantin and Yelena, image by Томасен.

Vratsa is a city of about 61,000 in Northwestern Bulgaria, nestled amid the foothills of the Balkan Mountains, Vratsa Mountain in particular. The Leva River runs through the city. The city has its roots in antiquity, when the Thracians founded it. Under Roman rule, the city was called Valve (door of a fortress), after a narrow passageway by the main gate of the city’s fortress. Today, this passageway is Vratsa’s symbol, and is represented on their coat of arms.

After Rome fell, the city became part of Byzantium, the Eastern Roman Empire. The South Slavic tribes started moving in at the end of the 6th century of the Common Era. The Bulgars and Slavs founded the First Bulgarian Empire in the 7th century, and Vratsa became part of it. During this time, its name changed to Vratitsa, which also means “door of a fortress.” The city became famous for its silversmiths, earthenware, and goldsmiths. 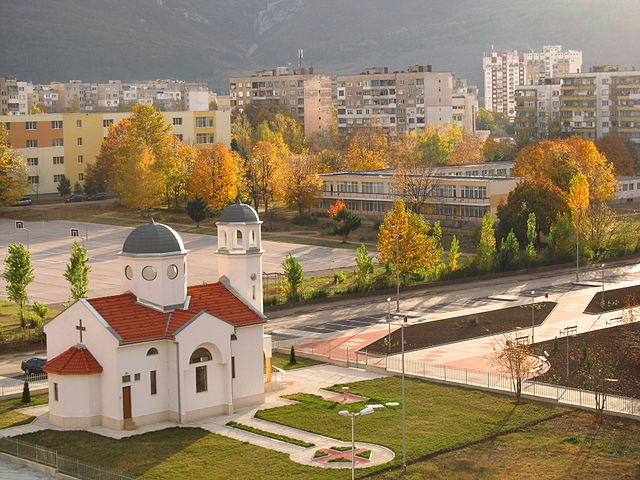 The Church of St. Mina, image by Томасен. 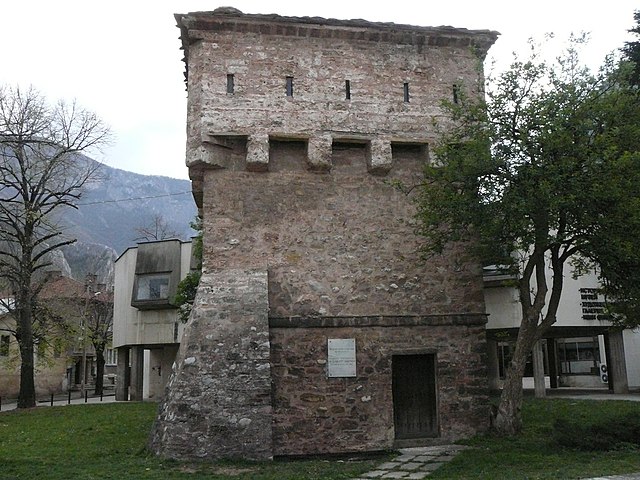 Vratsa is the native city of my character Levon Mandarias Kevorkian, the love of Cinnimin Rebecca Filliard’s life. He, his older sister Rebecca, and his younger brother Shavash lived in Vratsa until 1942, when they were brought to America by Max Seward’s do-gooder older sister Tiffany. Originally, I just chose it as a random Bulgarian city, not realising how beautiful and ancient it is. One of Cinni’s nicknames for Levy is “Vratsa boy.” The Vratsa Gorge is made up of the highest cliffs of the Balkan Peninsula. It’s very popular for climbing, hiking, picnicking, sightseeing, and other outdoor activities. There are over seventy possible paths to hike or climb, from easy to challenging.

Vratsa is home to the Ledenika Cave, which is at least a thousand years old and full of ice crystals, stalagmites, and stalactites. Legend has it that if you put your hand in the cave’s cold Lake of Wishes and make a wish, you’ll get whatever you wished for. The cave is one of the 100 Tourist Sites of Bulgaria, and Bulgaria’s most frequently-visited cave. Some of the formations have names, such as the Falcon, Father Christmas, the Wife of the Giant, the Mother-in-Law’s Tongue, and the Bathing Girl.

Vratsa also has a regional historical museum, which includes treasures from prehistory, Thracian days, the Middle Ages, the Renaissance, and antiquity. Most notably, it houses the Rogozen Treasure, the biggest, most important Thracian find ever unearthed in Bulgaria. It consists of 165 silver, gold-gilded goblets, jugs, and pateras (shallow bowls).