Surabaya is Indonesia’s next-largest city, with a total population of over 5,000,000. The city is nestled among the Mas River and the Madura Strait. It first appears in the records in 1225, under its ancient name Jung-ya-lu.  It became a sultanate and major power in Java during the 15th and 16th centuries, until being defeated in 1625 by the Sultanate of Mataram.

The city’s foreign occupation continued after Mataram lost its former power and glory. In November 1743, the Dutch took over and made Surabaya, along with the entirety of what was to become Indonesia, into a colony. During its centuries as part of the Dutch East Indies, Surabaya saw many Dutch people moving in and establishing schools, churches, houses, businesses, trading companies, stores, and railroads.

In 1942, Japanese forces occupied Surabaya. This was a nightmare for the Dutch colonists, many of whom were killed or put in horrid prison camps, but the native Indonesians used this opportunity to develop their long-repressed nationalism. The Japanese encouraged them with weapons and military training, under the old “The enemy of my enemy is my friend” logic.

The brutal Battle of Surabaya in November 1945 was a turning-point in the Indonesian National Revolution, and is still viewed as a huge symbol of national pride. Heroes’ Day (Hari Pahlawan) is celebrated on 10 November.

Dragon statues of the Sanggar Agung Temple, image by Okkisafire.

Chapter 22, “Dancing Back into the Fire,” of my WWII Bildungsroman And Jakob Flew the Fiend Away is set in Indonesia, as young Dutch soldier Jakob is sent to fight in the Indonesian National Revolution after the war in Europe ends. After what he’s lived through, he supports the Indonesian people in their fight against colonialism, and doesn’t want to kill them, but he can’t just up and disobey military orders.

Jaap takes part in the Battle of Surabaya at nineteen years old, alongside the British and Indian troops. It’s as frightening and horrific as when he fought in Hedel at the River Maas in April 1945. After the battle is over, he’s able to go into the city and buys some Chanukah presents for his wife and mother from a woman selling fabric arts, jewelry, and other crafts. He tells her he sympathises with her people and wishes them luck in winning their independence. 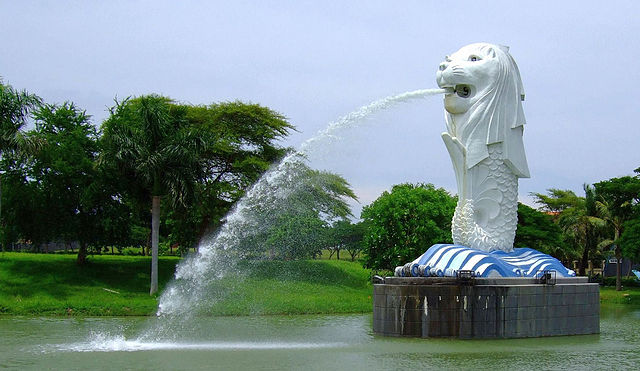 Among the many things to see and do in Surabaya are a zoo, lots of shopping malls, the Submarine Monument (an old Russian submarine converted into a museum ship), several mosques, the Mpu Tantular Museum (which contains many Javanese artifacts), St. Nikolaos Orthodox Church, a Roman Catholic church, and the Pantai Ria amusement park, which contains the gorgeous Chinese Sanggar Agung Temple. Very interestingly, they have a cigarette museum which also contains an art gallery and exhibits non-cigarette artifacts.

Surabaya used to have a fairly large Jewish community, created in large part by all the Dutch colonists and escapees from Nazi-occupied Europe, but the cemetery is no longer used, and the synagogue was destroyed in 2013. The City Council of Surabaya had been in process of registering the shul as a heritage site, which would’ve prevented its destruction by anti-Israel zealots. 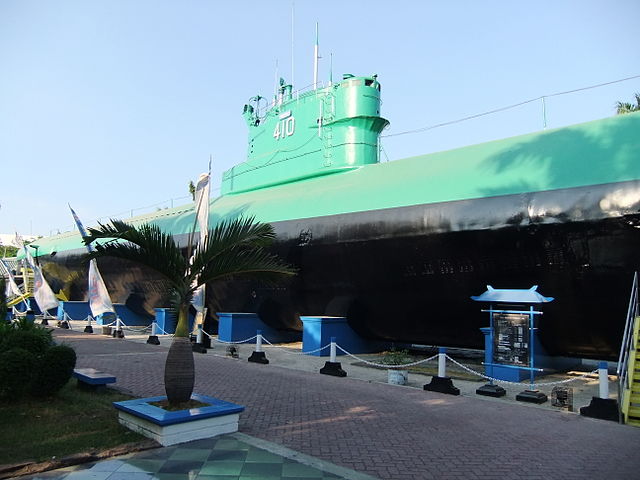