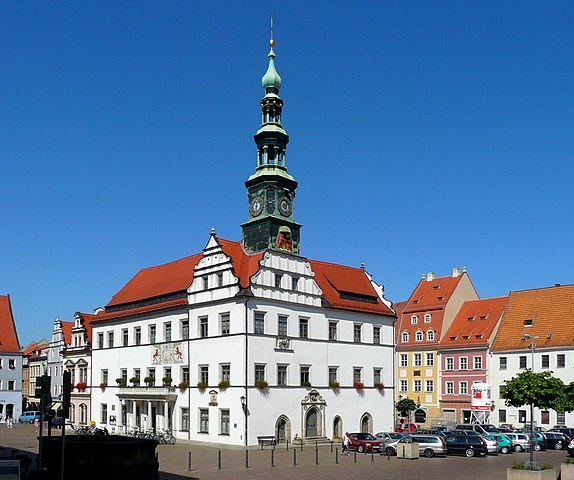 Town Hall towers, the Church of Our Lady, and the Schloss Sonnenstein, image by Norbert Kaiser. 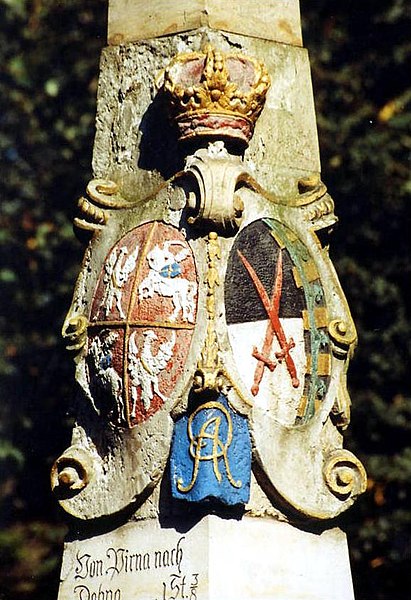 Coats of arms of the Electorate of Saxony and the Polish-Lithuanian Commonwealth on a postal milestone, 1722, image by Norbert Kaiser.

Pirna is a town of about 40,000 people, very close to the border with the Czech Republic and on the Elbe River. Evidence of settlement has been found as far back as 12,000 BCE. One of the town’s landmarks is the Schloss Sonnenstein, which was built in the 15th century on the site of an older, Medieval castle. In 1811, the castle was converted into an insane asylum. Unlike many other asylums of the era, the Schloss Sonnenstein was praised worldwide for its sensitive, modern methods of treating the mentally ill.

The Nazis took over the castle in 1940 and cruelly used it to murder the residents. From June 1940-September 1942, about 15,000 mentally ill people were gassed there, residents as well as people bussed in from nearby institutions. About a third of the hundred staff were forced to go to the camps in Poland, due to their experience with mass murder and deception. After the gas chambers and Kremchies were destroyed to hide the evidence, the castle was converted into a military hospital in October 1942. 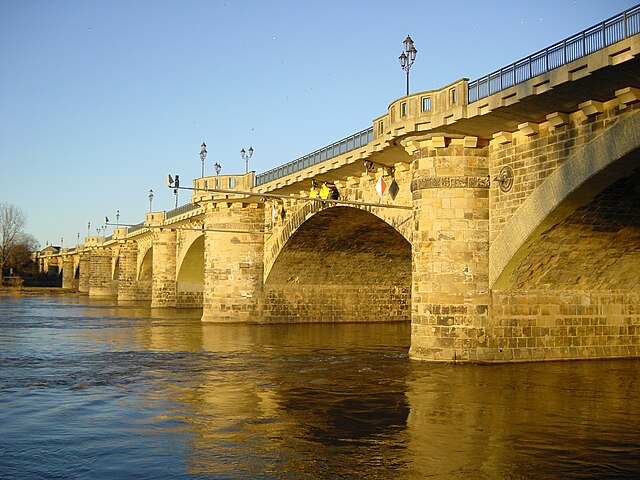 Part of my hiatused WIP Lazarus Lost and Found is set in Pirna. After 13-year-old Lazarus escapes from Oswiecim in February 1944, he slowly makes his way back to Amsterdam, mostly on foot, but sometimes from sneaking onto trains. In April 1944, after he crosses into Germany from Góra, Poland by hiding under a train, he’s observed by a woman who realises who he is and invites him to her home.

Frau Magdalena Müller is involved in the resistance, and has a Jewish husband and two teenage sons who were taken away in 1943. Her house is a safe house, and she frequently hides people. A few days later, Frau Müller smuggles him over to a hidden family to celebrate Pesach, but when they come home, the house is in complete disarray. Lazarus goes on the road again, and Frau Müller joins the partisans in the woods.

After the liberation, Lazarus returns to Pirna to find her, and stays with her again. Her husband and sons have survived and returned as well. When he’s living in Jerusalem in 1947, he finds the Müllers and is lovingly taken in. Later on, in 1952, he names his firstborn daughter, his second child, Magdalena in her honour. (I created Magdalena in 1995 and Frau Müller in 2006, and felt it would be a really nice touch to create a deeper meaning behind the name.)

View of Pirna from the Sonnenstein Castle, painted circa 1750 by Bernardo Bellotto.

Other town landmarks include the Löwen-Apotheke (a pharmacy built in 1578), the Church of Our Lady (aka Stadtkirche St. Marien), the old Town Hall, a building used as a girls’ school between 1551-1824, a Renaissance-style public library, many old houses, and the city museum, which is housed in the yard of a former Dominican monastery.

Altar of the Church of Our Lady, image by Norbert Kaiser.