Cathedral of the Holy Spirit, image by Hanna Zelenko. 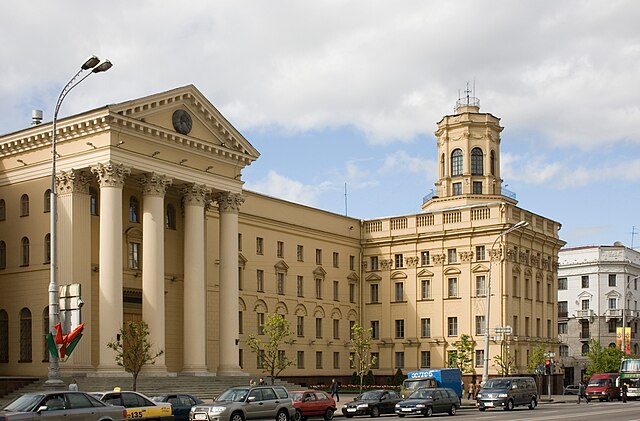 Minsk seems to be one of those cities which a lot of people know of, but don’t actually know much about. I’d even go so far as to assume that many people probably believe it’s a Russian city, instead of the Belarusian capital. Minsk has a population of over 2,000,000, and is the country’s cultural, economic, transportation, religious, and historical centre.

Minsk was settled around the 9th century CE by Eastern Slavs, and first mentioned in 1067 as Mensk (the alternate way to write the city’s name in Belarusian Cyrillic). It may have gotten its name from the nearby River Menka. Over the years, the city, like all of Belarus, has passed through many hands—Polish, Lithuanian, Russian, Nazi, Ruthenian, Eastern Slavs, and French. A number of those occupiers held control of Minsk more than once. During the Russian Civil War in particular, it, like Kyiv, changed hands so many times it was hard to remember just who was in charge at any given time.

Minsk, which had become a large, modern metropolis and cultural centre by the late 19th century, suffered greatly during WWI and the subsequent Civil War. However, in the early years of the Soviet Union, it underwent much rebuilding and experienced a great renaissance. A great many theatres, schools, universities, factories, libraries, museums, hospitals, cinemas, and newspaper offices sprung up. In 1929, it got an electric train, and by 1934, an airport was in business.

Minsk has featured in all three of my Russian historicals so far. Minsk is the home of Inessa Zyuganova, one of my favourite orphanage girls since I created her in late 1996/early 1997, when she was going on ten years old. Inessa’s kind-hearted old uncle Dmitriy (Dyadya Dima) adopts her and five of her friends, and raises them along with the youngest of his 27 surviving children.

Inessa, a loyal Communist and aspiring filmmaker, loves living in Minsk, the lifeblood of her belovèd homeland. She’s proud of how modern it’s become in so short a time. During these early Soviet years, the various foreign republics were also encouraged to use their native languages, so Inessa grows up in the Belarusian language. Prior to the 20th century, the Belarusian language wasn’t very developed or widely-used.

After her husband Roman is murdered in the killing fields of the nearby Kurapaty forest in April 1937, and her cousin Rustam barely escapes with his life, Inessa arranges a way to get out of the USSR, into Poland, and over to her friends and two cousins in America.

The Church of St. Mary Magdalene, image by Hanna Zelenko.

Minsk was in the immediate line of fire after Operation Barbarossa launched on 22 June 1941, and was bombed on that first day of invasion. Four days later, the Nazis occupied the city. Those who were lucky were evacuated into Siberia and Central Asia, well out of the way of the Nazis. Those who were left behind suffered greatly, though many people joined the partisans or engaged in other acts of resistance.

The Minsk Ghetto was one of the largest ghettoes in Nazi-occupied Europe, with people shipped in from Western Europe as well as the local environs. Only 1.5 square meters of “living” space were granted to adults, with none allotted for children. The Aktionen were constant and brutal, with tens of thousands of people killed during each. The Jewish community of Minsk went from over 50% to less than 10%.

Most of what was left of the city was reduced to rubble during the fighting between Nazis and Soviets in 1944, during the battle to retake the city. In 1944, the population was a mere 50,000, a far cry from more recent glory days. In the decades following, the city began to rebuild and come back as a major metropolis. 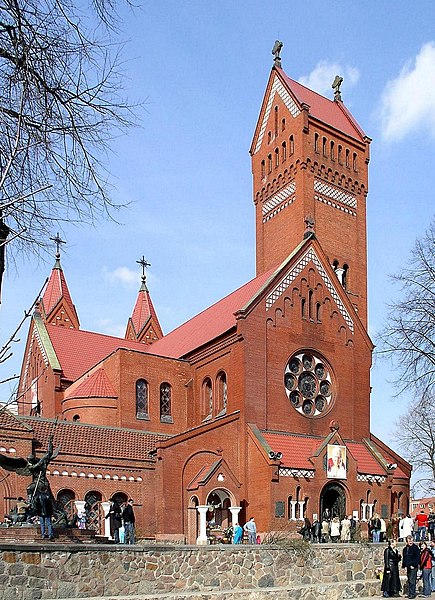