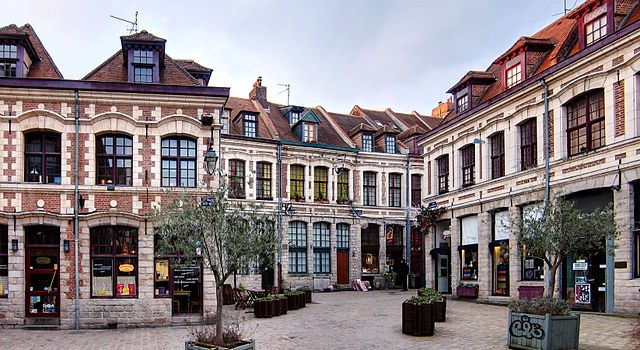 The Paris Gate, image by Velvet.

It’s only been fairly recently that I’ve developed any interest in visiting Paris. When I imagined visiting France in the past, I always thought first of the lesser-known cities instead of the cliché. My 8th grade Spanish teacher also told us Paris smells like urine, which really put me off visiting there. And besides, it’s too expected that someone visiting or writing about France would pick Paris. Why not be a little different and choose a city like Lille?

Kit Green of my Atlantic City books is descended from Lille people on her hated mother’s side. When a pogrom swept through her belovèd father’s birth city of Chornobyl in December 1902, when he was just a newborn, the family fled to their distant relatives in Lille. Most of them stayed behind in France and eventually moved around to other cities, but Kit’s infant father, his orphaned distant cousin (whom he later unhappily married), and his parents came to America, went from the Greenblatts to the Greens, and hid their true origins.

In the Summer of 1988, in my handwritten magnum opus Cinnimin, Kit’s 14-year-old daughter Raspberry Ann has her bat mitzvah in Lille. A number of other people in the family, including some of Cinni’s children and grandchildren, also go on the trip around France. The secret about the family’s Jewish origins came out in 1972, and Kit’s father, her favourite brother Saul and his family, and a number of her children reclaimed their birthright. Kit’s favourite sister Lovella, who discovered the secret years ago, had already married a Jewish man and been raising Jewish children. 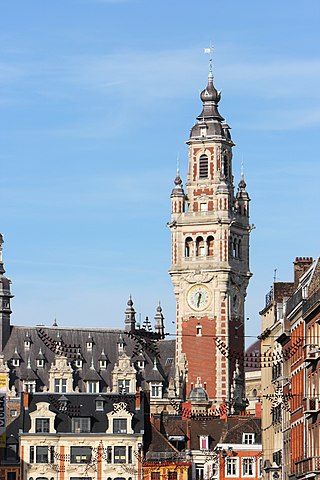 The belfry of the chamber of commerce, image by Benh LIEU SONG.

Lille was founded in 640 CE, according to the legend by Lydéric and Phineart. However, modern archaeological evidence suggests that the city was inhabited as early as 2000 BCE. Today, the city has a lot of shops and restaurants in the Carrefour Hypermarket of the Euralille. The city also maintains the building where the WWII Resistance newspaper La Voix du Nord was printed. The newspaper survives as a daily, obviously with a much different focus.

Lille is home to the Museum of the Hospice Comtesse, founded in 1237 by Jane of Constantinople, Countess of Flanders. The museum is home to a lot of Dutch and Flemish artwork, gold and silver plates, Lille earthenware, and Delftware. Close to the museum is the Cathédral Notre-Dame-de-la-Treille, which was completed in honour of the new millennium.

The Musée des Beaux Arts was built between 1889-92, and second in size only to the Louvre. Its artwork runs the gamut of styles, from Picasso to Rubens, and also has many Spanish paintings, sculptures, drawings, Medieval and Renaissance exhibits, ceramics, and old relief maps.

The Jewish community of Lille actually increased after WWII, and today still has a viable community of several thousand people. 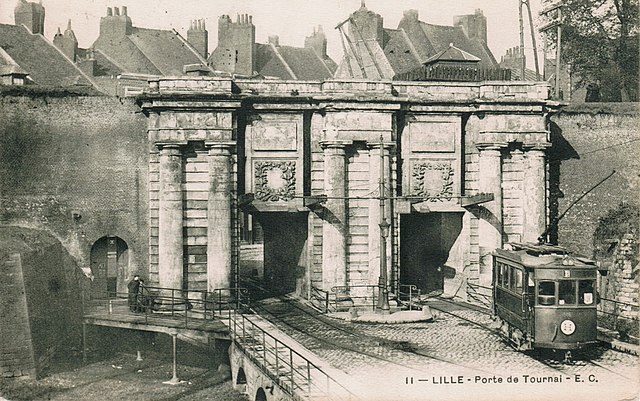 http://eurapart.com/lille.html (still have my printouts from 2002!)