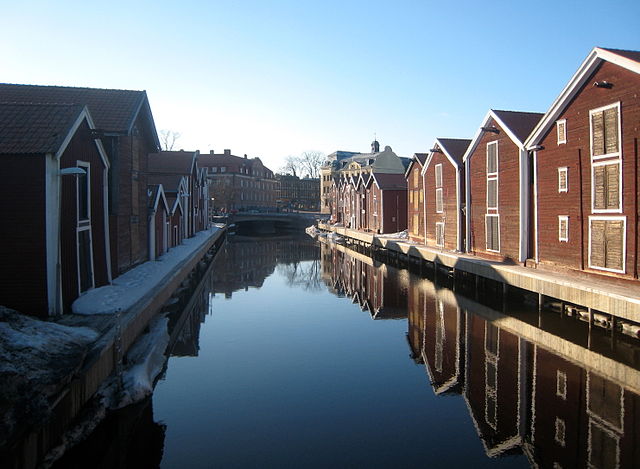 Houses by the Hudiksvallsfjärden Bay, image by Ankara. 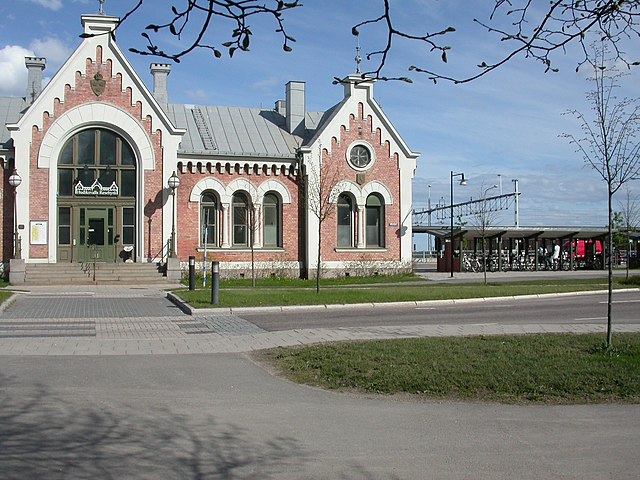 Hudiksvall, a.k.a Glada Hudik (Happy Hudik), is a city of about 15,000 in East-Central Sweden, snugly nestled inside the Hudiksvallsfjärden Bay. It was founded in 1582 by King John III, who made the residents of Hudik move to the bay in order to more easily collect taxes from the crafters and traders. During Sweden’s Golden Age, the city’s primary industries were furs, copper, iron, skins, and wood. In 1636, Hudiksvall lost trading privileges, and the city’s growth significantly slowed until the 19th century.

Hudiksvall has been damaged by fire ten times in history, most seriously in 1721, when it was burnt by the Russians. After that fire, only the city’s church survived. In spite of its reputation for neutrality and progressive politics in the modern era, Sweden used to be a huge world player, with a lot more land and territories, and fought in a number of successful wars.

Hudiskvall plays a role in my WIP, Journey Through a Dark Forest, when Pyotr Stepanovich Litvinov and his baby sister Yaroslava defect from the USSR in June 1940. In my first Russian historical, Petya risked his life and double-crossed his father and older brothers to save his friends and get them to safety in America. He’s always been more of a Menshevik than a Bolshevik, and just couldn’t stand to live under totalitarian rule anymore.

When looking into Swedish cities for Petya and Yaroslava to defect to, I ruled out big cities, cities in isolated, sparsely-populated areas, and cities too far away from the West coast of Finland. I figured it would be easier for them to hide and blend in if they lived in a smaller town (where the NKVD would probably be less likely to look), and also didn’t want them to travel much deeper into Sweden after they already went through so much stress after the journey from Russia to Finland. And Hudiksvall has a reputation for its hospitality, so I knew they’d be warmly welcomed and protected.

On his first night in Hudiksvall, Pyotr meets his future wife Zara, another ex-patriate, at the inn he and Yaroslava check into. Zara and her co-workers are initially afraid they’re spies, but are quickly reassured that this isn’t the case at all. 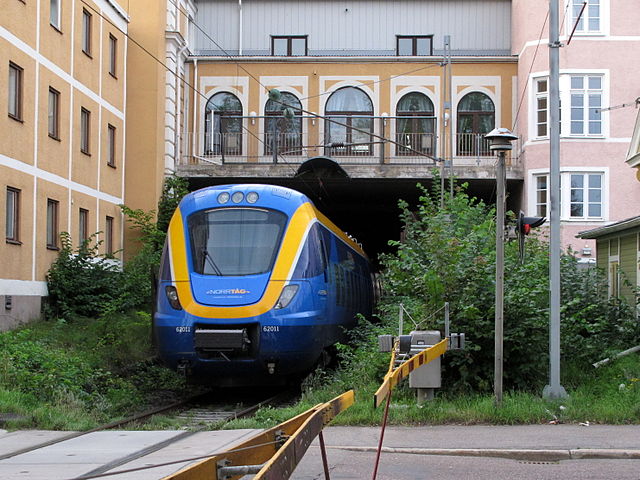 Train passing under a hotel, image by Edaen.

Sports are very popular in Hudiksvall, with facilities including an indoor sports hall, a solarium, a swimming pool, a gymnasium, a ski slope, three exercise trails, an indoor hockey arena, a soccer field, and a trotting track. The city is also home to a number of sports clubs.

Kärleksstigen is a public park with a beautiful garden of roses and perennials. The city also has a wilderness park, a greenhouse, horseback riding, places to watch animals, boating and canoeing, and nature preserves. Other attractions include decorated farmhouses, the 14th century Bollnäs Church (which houses a number of Medieval wooden sculptures), the 16th century Arbrå Church (which houses many Medieval chalk paintings), and the Rengsjö Church (built in 1795). Altar of the Bollnäs Kyrka, image by Kvant.