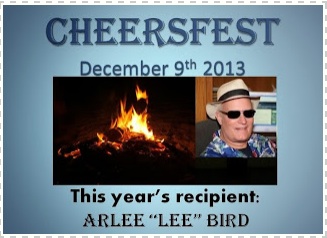 Following the success of last year’s Cheers, Cavanaugh roast, the tradition is continuing this year with Arlee “Lee” Bird, founder of the April A to Z Challenge and a prolific blogger. Once again, the hosts are Mark Koopmans, Morgan Shamy, David Powers King, Stephen Tremp, and Ninja Captain Alex.

Participants simply answer four questions in no more than 20 words each, and write a flash fiction of 100 words or less, using the words

As a way to meet other bloggers, and motivate others to regularly find something to blog about.

Successfully, your life is in balance. If objects drop, we may be juggling more responsibilities than we should be.

I decided to make my flash piece a freeverse past life poem, which I haven’t done in years. The only time I ever touch first-person present tense is when I write as Oda.

Returning to the world of the living
is a challenge.
At times I feel like a juggler,
constantly forced to balance so many things
and surrounded by people
who do not understand.
No amount of words can ever transmit
the scents, the sounds, the sights, the tastes, the emotions.
If only I could be like a bird, flying free outside, unencumbered by pain and suffering.
Give me time to transition back to a world that will never be ordinary again.
Or will I be forever tossing about, a species apart,
huddled in a brown jacket’s symbolic embrace?

A vintage picture of a dapper juggler, appearing to be from the Seventies or early Eighties. He looks very pleased with his juggling abilities.

Unrelated but important post-script:  On this day in 1979, nine days before I was born, the World Health Organisation declared smallpox eradicated. I’m so thankful my lifetime has never included this frightening disease, and hope to God it never finds a way to come back. Hopefully polio will be next to be eradicated, followed by diseases that were all but eliminated in the West until a certain science-denialist cult arose 10-15 years ago.

11 thoughts on “Cheersfest for Arlee Bird”