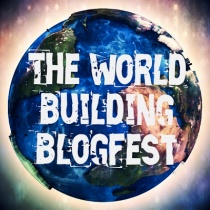 Today, the final day of the World Building Blogfest, participants are posting excerpts of a thousand words or under, demonstrating worldbuilding. This is May 1937 in Yerevan. Alina has taken 5-year-old Siranoush on a walk around the neighborhood and to the fairly new Yerevan Botanical Garden, each teaching the other words in their respective native languages, while Ohanna is preparing the Armenian version of a modest birthday celebration for Alina.

Before she left Georgia, Alina found a birthday present her husband Amiran got for her before his arrest, but hasn’t had the heart to open it.

Siranoush makes a beeline for the water closet the moment they get back to the apartment while Alína has a seat on the davenport and looks through the Russian-language newspaper.  Ohanna has an atlas open on the coffeetable, displaying the pages with Persia and Transcaucasia.

“I can’t decide which route is safest for us,” Ohanna says. “I’d prefer to go through the mountains instead of along a water route like the Araks River.  I just think it’s a little safer and more reliable to go through land.  At least we’ll be better-hidden on the mountains, if we know which route to go through.  For a river or the sea, we’d have to find a trustworthy sailor or a ship to smuggle aboard, and then find a way to get off the ship in Persia, if we’re not supposed to be on the ship.  And I’m not such a strong swimmer to make a river crossing alone.”

“What if we planned to take a ship during a storm?  The authorities might believe we got lost or died at sea.”

“That’s too risky.  I hope we don’t have to go through another republic to get to the best mountains, though if we wait a little longer, till June, people might be more inclined to believe we’re going on some long summer holiday with so many suitcases.”

Siranoush scampers back into the living room and has a seat next to Alína. She points to Alína’s abdomen and then points towards Ohanna.

“What word does she want?  I don’t even look pregnant at this point, though I don’t mind if you told her I’m expecting a baby.”

Ohanna speaks with Siranoush and smiles. “She wants to know what your baby’s name will be.”

“Oh, I have no idea.  It seems kind of superstitious to announce a name so far ahead of time, though I do have some names I’d really like to use.  Amiran and I always wanted to named our children after heroes of Georgian history, like Queen Tamar and King Davit the Builder.  I couldn’t give my baby a Russian name, even if my own name was borrowed from Russian.  Only native Georgian names, so long as they’re not too obscure.”

“Tamar and Davit are nice names.  It helps that they’re also Biblical.  It gives them a more universal feel.  I don’t think my name has an equivalent in any other languages.”

Alína puts down the paper and looks through the Russian-language atlas. “I’m not familiar with Armenian geography, but I know some of these names sound more Russian than Armenian.  I know Leninakan definitely isn’t a traditional Armenian city name.”

“A lot of the streets have Russian names too, as you probably noticed.  They’re forcing themselves on us after our brief glorious moment of independence.  This was supposed to be a homecoming, not a short-lived time of happiness and freedom.”

Alína tries to enjoy the lunch Ohanna prepares for her, though she still feels a bit guilty for eating well when Amiran is forced to eat prison food.  The food from the bazaar can only last so long, and he can’t eat like a king even with the most succulent fruits, freshest bread and cheese, and crunchiest nuts.  That’s not a filling, full-course supra.

When Izabella and Maral come home in the late afternoon, Alína is taking a bath, at Ohanna’s insistence, while smells of the birthday dinner waft through the apartment.  By the time she dries herself and emerges in fresh clothes, several parcels, including Amiran’s, are sitting on the table, and the modest table is groaning under the weight of the lavish birthday supper Ohanna has prepared.  Chechil, topig, lebaneh, mint tea, paklava, fruit salad made of pomegranates, figs, dates, persimmons, and plums, chicken in walnut sauce, stuffed mushrooms, pistachios, bozbash, matnakash, pilaf, fried cabbage, and a cake made with pomegranate molasses, currants, cranberries, dates, apricots, and figs.

“I hope you like it, even if it’s not the type of banquet fit for a sultan’s table,” Ohanna says. “At any rate, it sure beats those awful rations Mrs. Brézhneva used to swear were gourmet cooking.”

“It’s very nice,” Alína says. “Thank you so much for thinking about me.”

“Next year on your birthday, we’ll be celebrating in freedom and safety.  And there will be two new people at the table by next May, which will be even more special to celebrate.”

Alína reaches for the parcel with Izabella’s name on it, which she recognizes from when Ohanna taught her how to read Armenian back at the orphanage.  She unwraps a lace headscarf along with a little birthday note.  From Ohanna and Siranoush she unwraps a red cloth with am embroidered geometric motif, and from Maral she unwraps a wall tapestry embroidered with flowers and tiny animals.  She decides to leave Amiran’s parcel alone until after she’s finished eating.

After the dinner, Alína timidly picks up Amiran’s parcel and slowly pulls off the thick paper wrapping.  Inside the box, she finds a green, purple, and yellow felt bag, a large jewelry box depicting several scenes in miniature from the Vani Gospels, with lines calligraphed in the old Nuskhuri alphabet used in that beautiful old illuminated manuscript, and a golden necklace with a teardrop-shaped emerald pendant ringed by tiny onyxes.  At the bottom of the box is a handwritten note in the more familiar, modern Mkhedruli script.

One thought on “World Building Excerpt”