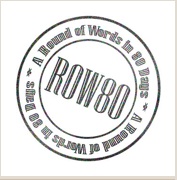 I hate to do this so many times to the same project, but I’m really feeling I need to put Justine Grown Up on hiatus yet again. I’ve already taken two breaks from it, and I began it last November (not for NaNoWriMo). It feels ridiculous that it’s taking this long to finish one book that’s not even that long (by my adult book standards, anyway).

It’s currently up to a bit over 114,000 words, and into the long middle section between Justine and David’s reconnection that blossoms into romance and the turning-point several years later, when Justine’s nieces become Duranies and set in motion the dramatic ending. I have a tentative table of contents outline, and know what happens in each chapter, but it’s just not coming easily most of the time.

I never just put a book on hiatus, or have trouble writing the next book in a series. The only times I’ve put something on hiatus, with full intent to come back, have been when I’ve lost access to a manuscript for awhile. Like, the files were held hostage on obsolete file formats on disks, or on another computer, or in a notebook I didn’t have on my person. (My parents sometimes took my writing away from me to punish me, and I often had to sneak writing on the computer and printing when they were out of the house, or wrote in secret at school.)

It’s doubly-frustrating because I also put the second book in this family saga on hiatus and haven’t gone back yet. I felt I’d have more fire and passion for the third book, focused on Justine, because that had been the story I’d had more of a clear outline of and had wanted to write first. I’d never planned to turn Little Ragdoll into another family saga, but I just felt I couldn’t say goodbye to these people forever after only one book. I missed them already as I was finishing the first book.

I’m feeling most drawn to getting down to it and starting my third Russian novel already. It’s begging to come out of me after so many years of being bottled up inside. I really feel this book will write me instead of me writing it, just as the first two Russian novels were. And I can’t wait to write about all these dramatic, tumultuous events, both personal and political, of the Age of Anxiety and World War II.

When I’m really feeling a story, it flows out of me. I’ve always felt this way about my Atlantic City books, except for a few isolated periods of breaking or writer’s block. When I began the arduous process of editing, revising, rewriting, and polishing my Russian novel last spring, the characters and stories came right back to me, and I wrote the sequel as though they’d never been away from me for a decade. When I was expanding Jakob’s story into a full novel that ended up needing a second volume, those combined 225,000ish words flew right out of me.

I don’t know why it’s been so hard with my contemporary historical family saga, particularly since I really do want to write about these people’s lives. Maybe it’s just that I don’t have that kind of long history with them, or that much of the storylines are so quiet and domestic after the intensity of Little Ragdoll.