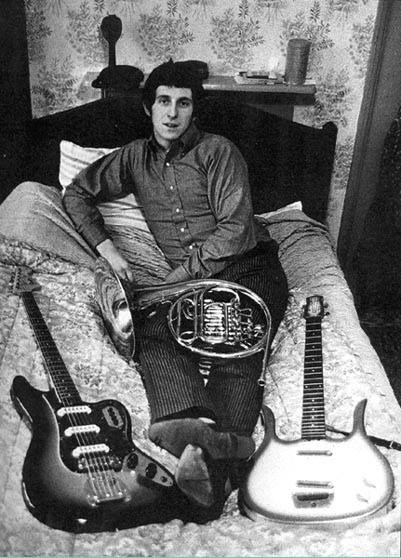 This was the picture I had on the opening page of my old Angelfire site, with the words “In loving memory of John Alec Entwistle, 9 October 1944-27 June 2002, patron saint of spiders and bass god extraordinaire.”

It’s hard to believe it’s now been an entire decade since rock’s greatest bassist was taken away from us, at only 57. I wrote about John, his death, and my feelings about it for over a month in my journal of the time, Athena. This is primarily a writing-based blog, so I haven’t really gone into too much length here about my love for The Who and my journey from casual fan to serious, hardcore fan over the course of fall 2000 into the spring of 2001.

Even though John is my third-favorite member and not my fave rave (that’s always been Pete, hands-down), I’ve always had a great love and admiration for him. There are so many parallels between him and George Harrison, like how they were both The Quiet One of their respective bands, were very underrated musically, and had to beg to be thrown a bone or two each album. My estrogen Who lists were very active in the early Aughts, and it was very unusual when we got a John girl. Usually our members preferred Pete, Keith, or Roger.

John had a great sense of dark, quirky humor after my own macabre heart, and he loved one of my favoritest animals, spiders. I even have a cute stuffed wind-up spider on a keychain whom I named Boris, after one of his signature songs, “Boris the Spider.” I’d love to have a pet tarantula someday, though unfortunately I’m allergic to one of their diet staples, cockroaches. Not only that, but he was also a fellow amateur artist. And he was so musically talented, able to play the French horn, trumpet, piano, and many other instruments in addition to bass guitar.

His musical contribution to The Who formed their backbone. He helped to turn the bass guitar into a lead instrument. Just listen to his playing on a song like “Dreaming from the Waist” or “Heaven and Hell.” It was a great loss when Keith died, but when John was gone as well, half of their signature sound was lost. I honestly feel the band should’ve retired shortly after John’s death, and I haven’t bought the “new album” they later released. I never even wanted them to release a new album when John was still alive. As unpopular as certain older guy fans find it, I’ve always loved 1982’s It’s Hard and think it’s a perfect swan song. As far as I’m concerned, that IS their swan song.

At the time he passed on, I had moved away from Reform and was going to Conservative services, but I still had some leftover Reform views and customs. One of them was saying “ha-kol” instead of “meytim” in the Amidah (the long standing prayer in the middle of services). The line praises Hashem for resurrecting the dead (meytim), but the Reform Movement changed it to ha-kol, saying that Hashem gives life to all. But after John died, I stopped saying ha-kol while everyone else said meytim. It just felt so comforting knowing that Hashem gives life to the dead when someone I loved so much had just gone to his eternal home. I’ve never said ha-kol since, not even on the rare occasions I’ve found myself in a Reform shul.

Rest in peace, dear Thunderfingers. The world is a better place because you were in it, and I’m so honored we got to share Planet Earth for 22 and a half years. Ever since you passed on, I hear you playing the bass when there’s a thunderstorm. It often seems to rain and thunder around your Jahrzeit, and even though I know the general reason behind thunder and lightning, it’s nice to imagine you’re up there giving a concert.